In what could be one of the most memorable boxing comeback stories in recent years, Philadelphia’s Tevin Farmer (25-4-1, 5 KOs) has the opportunity to win his first world title just months after suffering a gunshot wound to one of his hands.

Back in July, Farmer was the victim of a shooting which he has thankfully recovered from and is now looking to end the year on a high note when he fights Japan’s Kenichi Ogawa (22-1, 17 KOs) on December 9 for the vacant IBF world title.

“I’m happy as hell there’s no long term damage.  I had a torn bicep as well back in May for which I had surgery and then in July I got shot, so if I win a world title in December it will be major.  Originally I was going to be back in September. 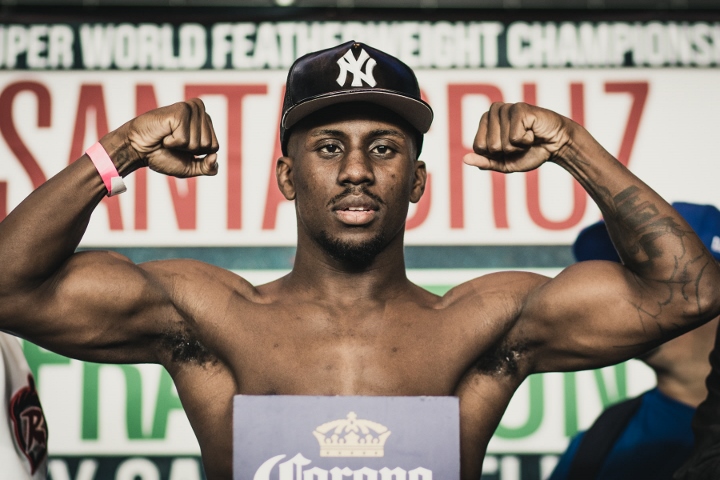 Tevin concedes he doesn’t know much about his next opponent besides his reputation for being a big puncher.

“I watched this guy for a few rounds about a month ago, but I had never heard of him.  He’s got a lot of knockouts but having knockouts in Japan and knockouts in the United States are totally different.  They say the fight might be in Las Vegas but there’s nothing concrete on that yet.  I’m training in New Jersey as usual.

Farmer recently engaged in a Twitter back and forth with former IBF champion Gervonta Davis who had to relinquish the belt due to being unable to make weight for his last contest against Francisco Fonseca.

“Everybody’s enjoying my Twitter stuff with Gervonta Davis, you’ve just got to be disciplined, man.  In his last fight I think the guy wasn’t that great, I just think Gervonta didn’t show up, he wasn’t focused, but it was the big stage on PPV.  I don’t like speaking on him too much like that.  He had his shot and he blew it but he will be back.  I just know on December 9 I’ll be ready, on HBO.”

Will be rooting for Farmer to pull it off

Hope you win bro. You've been through allot this year hopefully this will be a turning point for the best!!

A good opportunity for Tevin. It will be a year of mixed fortune if he is able to win the belt. Good luck.

I'm wishing Farmer good luck, but he should think of that power as being real. Tevin comes in great shape, but he attacks kind of wild and open. Don't let Ogawa hit him out of carelessness.