Terry Flanagan vs. Maurice Hooker To Land at O2 Arena

Terry Flanagan will soon have his next fight confirmed.

The Manchester man is set to come up against Maurice Hooker for the vacant WBO super-lightweight title.

Flanagan will get a crack at the unoccupied belt, left behind by Terence Crawford who moved up to welterweight, after himself relinquishing the WBO lightweight crown and moving up to 10-stone. 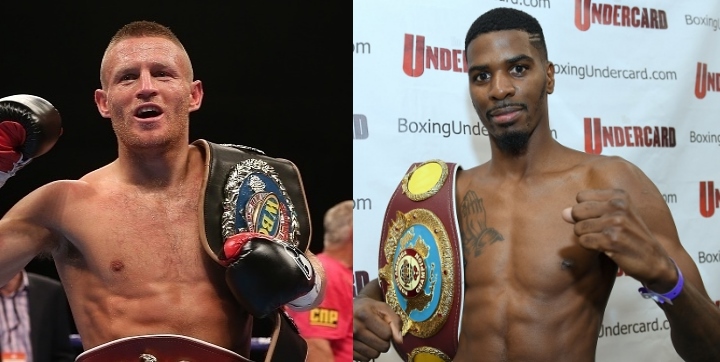 To begin with, Boxing Scene was under the impression that the fight between undefeated Flanagan (33-0, 13 KOs) and 28-year-old Texan Hooker (23-0-3, 16 KOs) would take place at Manchester Arena on March 17, exclusively live on BT Sport and BoxNation.

But it was then revealed by multiple sources that it would instead take place on April 14.

The Copper Box Arena in the capital was thought to be the front-runner to host the fight, as part of a double-header featuring Billy Joe Saunders’ next defence of the World Boxing Organisation middleweight world title, but Scene has now been informed that the fight will take place at the O2 Arena in Greenwich.

It is understood that Frank Warren, who promotes both Flanagan and Saunders, will confirm the event soon.

IN OTHER NEWS: With his 30th birthday approaching next month, touted Super-Middleweight prospect Umar Sadiq is in an almighty hurry to get his career moving.

‘My goal is to be world champion within three years,’ declared the 6ft 3in university graduate who forsook a lucrative career in accountancy to pursue his ring dreams last year.

‘I’ve three aims for 2018. One is to test myself against any other prospect of similar experience. A second is to fight anyone lingering around British title level by the end of the year. The third is to accept any national title fight.

‘At this stage of my development, I’ve no intention of calling people out or building up rivalries with people who may change weight class by the time I reach championship level. Believe it or not, I’m capable of making Middleweight myself so I watch and respect all the main players between 160-175lbs, I just don’t shout ‘em out!

‘But I know I’m more than capable. In addition to Lawrence Okolie, I’ve been sparring the likes of Billy Joe Saunders, James DeGale, Frank Buglioni, Joshua Buatsi and Anthony Yarde.’

But who does BJS fight?

Flanagan will decision hooker most likely.. hooker ain't getting a decision over flanagan