Since producing an undoubted world class performance, Harper now looks to continue to achieve greatness, and the Yorkshire 130 pounder opened up about her career success so far. 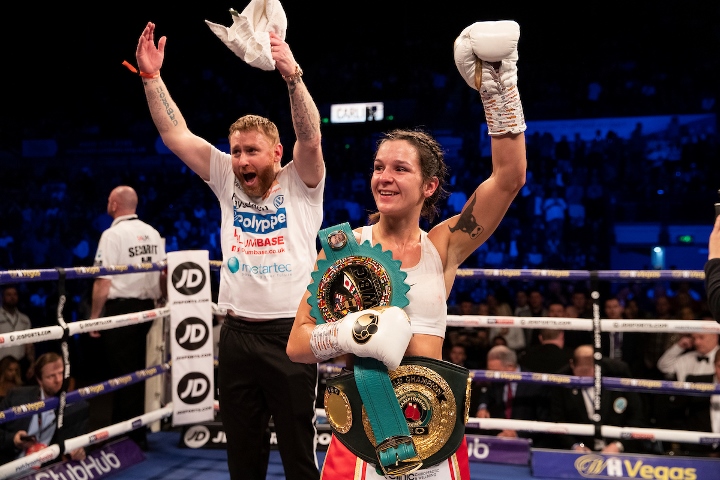 She said, “I have got to say a massive thank you to Stefy Bull, Ray Doyle and all of my team and my family for getting me to this point in my career where I am a unified world champion. It really is a dream come true but I know that the future is going to be just as exciting.

“I have got to say a big thank you to Eddie Hearn and Matchroom Sport for giving me a massive platform to perform on and become IBO and WBC world champion on. Being able to box in front of my supporters in Sheffield is very special and I’m very grateful to be able to do that.”

Women’s boxing has been on the rise for years now, with the likes of Matchroom Sport and Katie Taylor being the driving force behind it. Women’s unification fights are also drawing record purses for the fighters involved. Harper gave an insight into her inspiration and what lies ahead for 23-year-old.

Harper stated, “I want to continue to unify the division but I leave those things to Stefy Bull and Eddie Hearn. Stefy wants me to fight for the WBO title next and add it to my IBO and WBC titles. I would absolutely love to do that.

“What Katie Taylor has done for women’s boxing is amazing. She has been a massive inspiration to me throughout my boxing career and she has given people like myself the chance to dream of making it on the big stage. Hopefully I can follow in her footsteps and win all of the belts.”

Shes in a good position. Young and although inexperienced she continues to improve. Alot of room to only get better and that will be fun to watch.

I agree with her advisor WBO if you can get brodnicka to fight a live opponent.. stay away from hamadouche for the time being and try not to be in a hurry to fight Mayer. She is in good hands…