Terence Crawford Could Fight Granados Next Instead of Felix Diaz

Adrian Granados didn’t do enough to beat Adrien Broner on Saturday night, but he might’ve performed impressively enough to land another high-profile fight.

BoxingScene.com has learned Bob Arum’s Top Rank Inc. is exploring a Terence Crawford-Granados fight for the spring because negotiations for a Crawford-Felix Diaz fight haven’t resulted in a deal. Crawford (30-0, 21 KOs), the WBC/WBO super lightweight champion, is expected to return to the ring May 20, but that HBO date hasn’t been finalized and could change to sometime in June.

The site for Crawford’s next fight hasn’t been decided, either, though a return to his hometown of Omaha, Nebraska has been ruled out for his next bout. 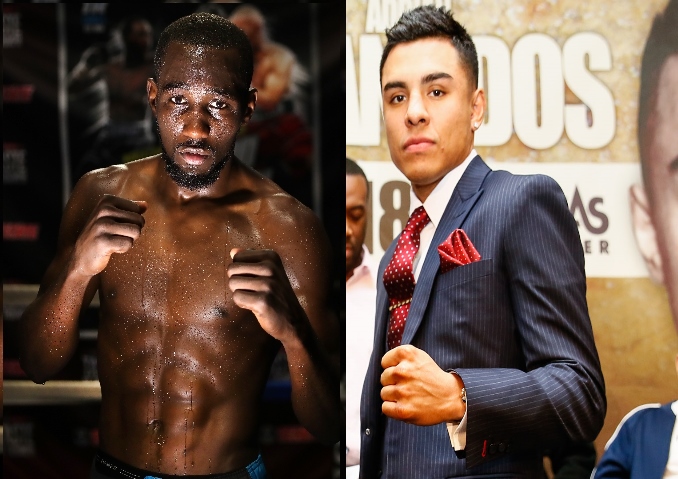 Crawford dominated John Molina Jr. (29-7, 23 KOs) before winning by eighth-round technical knockout December 10 at CenturyLink Center in downtown Omaha. Prudential Center in Newark, New Jersey, is one of a handful of sites Top Rank is considering for Crawford’s return, particularly if Olympic silver medalist Shakur Stevenson, a Newark native, can be showcased on the undercard.

Crawford wanted to fight Manny Pacquiao next, but Arum ruled out a Pacquiao-Crawford fight until at least later this year. Negotiations between Arum’s company and Lou DiBella, whose company promotes the Dominican Republic’s Diaz (19-1, 9 KOs), have continued for weeks, but the parties haven’t been able to come to a financial agreement.

Granados became an option once he provided a tough test for Broner on Saturday night in Cincinnati. Broner won a split decision in their hard-fought 10-rounder, but admitted afterward that Granados, his friend and former sparring partner, hurt him early in their fight.

The 27-year-old Granados (18-5-2, 12 KOs), of Cicero, Illinois, said after Broner barely beat him that he would return to the 140-pound division for his next fight. He boxed Broner (33-2, 24 KOs) at the welterweight limit of 147 because Broner demanded a weight switch from 142 pounds after an agreement already was in place for their fight, which Showtime televised from Xavier University’s Cintas Center.

Crawford will need to move to 147 if he wants to start seeing lucrative paydays. Broner will never fight him while he is protected by Uncle Al, and Crawford wants to cherry-pick his way through the landmine of the welterweight…

From Rafael: [QUOTE]Cass (Seattle) [via mobile] I'm in Alexandria visiting a friend today and coming in from Reagan tomorrow morning for the GGG fight. Also, what's the status on crawford's opponent. I read somewhere they're going to do the mandatory…

[QUOTE=TheCell8;17451287]smh at Diaz. [B]You can't call a guy out and then price yourself out at the negotiating table. [/B] If you call out a champion, then be ready to fight at their terms otherwise work your way to a mandatory…

[QUOTE=The Big Dunn;17460791]Agreed. Of course Crawford wouldn't have tom pick between Granados and Diaz if Bob would make the Manny/Crawford fight. Not saying Crawford would win, but I think most fans would be more than satisfied if that fight was…

Why a loser of his last fight? Why not the winner, Broner? Broner vs Crawford the winner takes the winner from Thurman vs Garcia. Let Pac fight the Khans and Bradley's and the rest of the light hitters. Ray