Harrison started slow, picking at De Angel with the jab and gradually opening up. Harrison started to hurt De Angel to the body in the seventh, walking his man down and ripping in pairs. A left hand finally dropped De Angel in the corner and, while he beat the count of referee David Braslow, he showed no signs of wishing to continue and quickly spit his mouthpiece in surrender. The official end came 2:30 of the seventh.

In swing lightweight action, 19-year old Rolando Vargas (3-0, 3 KO), 134 ½, of Milwaukee, Wisconsin, used good combination work to draw a stoppage from referee David Braslow at 1:50 of the second round against 29-year old Nathaniel Davis (1-1, 1 KO), 134 ½, of Lusby, Maryland. Davis was the crowd favorite and protested the stoppage after an engaging first round but it was to no avail.

In lightweight action, 26-year old Tyler McCreary (16-0-1, 7 KO), 133 ¼, of Toledo, Ohio continued to progress his career in his second straight close call on the cards. McCreary, who fought to a draw in his last fight, worked to a split decision over eight rounds against 27-year old Jessie Rosales (22-3-1, 10 KO), 134, of Cebu City, Philippines.

It was the third loss in four fights for Rosales who was stopped in January by Shakur Stevenson. The final scores were 77-75 and 78-74 for McCreary with the third judge favoring Rosales at 77-75.

It was the second stoppage loss in a row for Gutierrez. Falcao entered the contest rated seventh by the WBC, WBA, and IBF. 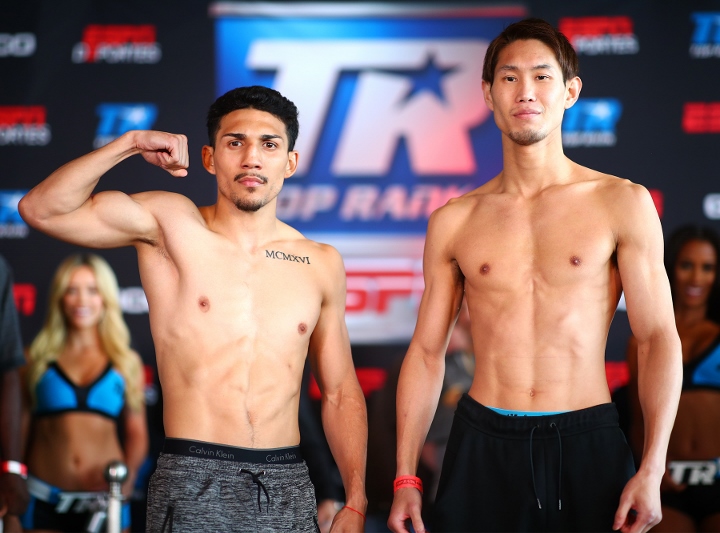 Teofimomo will be tested here...