Ted Cheeseman will return to the ring next month.

The British super-welterweight champion has been out of action since suffering his first defeat as a professional.

Cheeseman was outpointed over 12 rounds by Spain’s Sergio Garcia back in February when he challenged for the European title at the O2 Arena, exclusively live on Sky Sports. 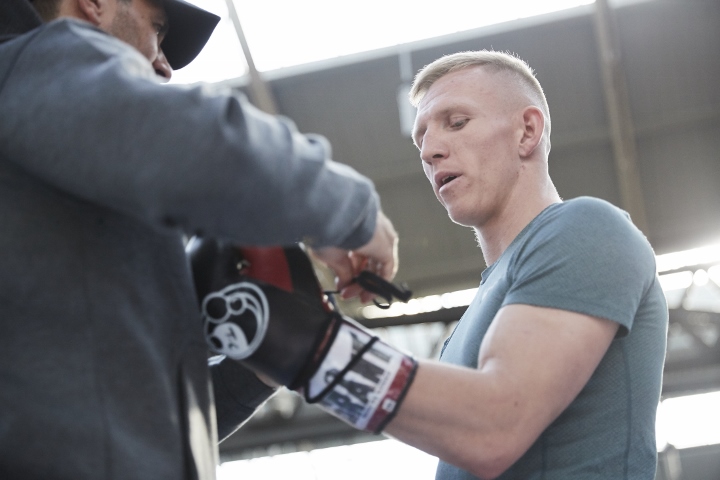 But the 23-year-old Bermondsey man (15-1, 9 KOs) will return to the ring on June 21 against an opponent to be confirmed.

‘The Big Cheese’ will box on a JDNXTGEN card at Bethnal Green’s famous York Hall venue, exclusively live on Sky Sports in the UK and DAZN Stateside.

A win for Cheeseman will line-up another defence of his Lonsdale belt against current WBA International champion at the weight Scott Fitzgerald.

‘Fitzy’, fresh from his triumph over his fellow Commonwealth Games gold medallist and former Team GB team-mate Anthony Fowler back in March at Liverpool’s M&S Bank Arena, will return on July 6 in Manchester – at a venue to be confirmed – against former British super-welterweight champion Brian Rose, who was back in action with a win in Liverpool last month, before potentially taking on Cheeseman towards the back end of the year.

Craig Richards will face Andre Sterling on the card at York Hall, while it is expected that Shannon Courtenay, Charles Frankham – who will debut on May 10 at the Motorpoint Arena in Nottingham – and Commonwealth middleweight champion Felix Cash will also feature among others.

Cheeseman vs Eggington in ''Battle Of the Cheese Omelet'' with a 2 hour live concert of Sweet Caroline on infinity loop!

I'd expect a soft touch to get him back to winning ways. He was proper exposed by Garcia and will probably need to get some confidence back.

Cheeseman wins and should be facing Fitzgerald in September. I saw an interview with Hearn about some other fights. On the Whyte Vs Rivas card, he said Chisora could be on the card but probably not against Parker. That Okolie…