One month after filing an appeal for a second straight title shot, Avni Yildirim and his team gladly settled for the next best scenario.

Efforts to secure an immediate rematch with Anthony Dirrell—whom outpointed Yildirim via technical decision to win the World Boxing Council (WBC) 168-pound title this past February—was met with an alternate solution from the sanctioning body on Monday.

Dirrell has been ordered to next defend his title versus previous title claimant David Benavidez, who returned to the ring earlier this month following a one-year suspension—and the forfeiture of his WBC title—to knock out J’Leon Love in two rounds. The winner of their still-to-be-scheduled fight will then be required to next face Yildirim.

“This is what boxing is all about, the best fighting the best and I applaud the three sides for working together in this process,” WBC President Mauricio Sulaiman noted during a press conference held in Yildirim’s native Turkey. 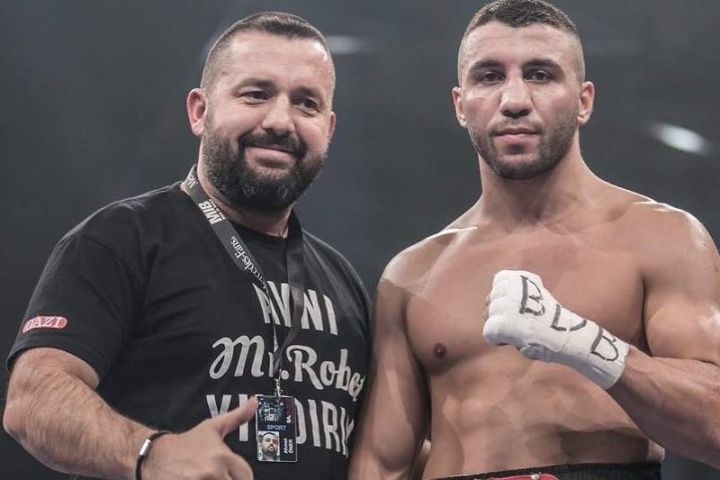 Yildirim’s consolation prize will be guaranteed placement on the undercard of a forthcoming Dirrell-Benavidez clash, along with dibs on the winner.

“We are happy with this ruling,” Ahmet Oner, Yildirim’s promoter told BoxingScene.com shortly after the ruling was announced at a press conference in Yildirim’s native Turkey. “We want to clear out the division and would love for every fight to be for the title.

“But this is a very fair proposal made by (WBC President Mauricio) Sulaiman and the WBC and—we admit—makes the most sense.”

Yildirim filed an official protest following the conclusion of his injury-shortened title fight versus Dirrell, who suffered a cut over his left eye from an accidental clash of heads which prompted the stoppage shortly into the 10th round of their FS1-televised fight. Dirrell emerged victorious by split decision, a verdict some theorized his team was already aware of prior to the bout being stopped.

While the competitive nature of the contest coupled with its anticlimactic ending warranted a sequel, the WBC saw it best fit to put at least one fight night in between such an event. The ruling helps uphold their previous request for the 22-year old Benavidez to get first dibs at regaining the title he held for just over a year prior to his aforementioned suspension.

Dirrell (33-1-1, 24KOs) became a two-time super middleweight titlist with the win, having previously claimed the same title with a 12-round points victory over Sakio Bika in their Aug. ’14 rematch. He lost the belt in his first defense, dropping a majority decision to Badou Jack in their April ’15 PBC on Spike TV headliner in Chicago.

Six straight wins have followed for the 34-year old Dirrell, who will now have to stare down an unbeaten challenger 12 years his junior.

Dirrell and Benavidez both fight under adviser Al Haymon’s Premier Boxing Champions (PBC) umbrella, which also claims IBF 168-pound titlist Caleb Plant. Yildirim is not contractually tied to any U.S.-based network or entity, but his team is more than happy to do repeat business with PBC in his quest to become Turkey’s first-ever world champion.

“Dirrell has to fight Benavidez; that makes sense so in the meantime we will take a tune-up fight just to keep Avni active,” Oner notes. “One more fight under his belt, and then we will look to fight the real champ after that.

“They are both part of (PBC), so we’re sure they can work out a deal easy enough. We’re not worried; we know our time is coming, without any nonsense in the way.”

[QUOTE=sako5;19616031]This bum is gonna lose his tune up surely[/QUOTE] Lol his tune up better be the biggest puss they can find. Yildirim sucks.

This bum is gonna lose his tune up surely

Yildrim had that little hype from knocking out DeGales tooth but once he got steamrolled by Eubank Jr, that should have been a wrap as far as his hype went. Did he get better in losing to Dirrell or something?

This whining Turk paid off the WBC. Dirrell clearly won that fight