Kubrat Pulev and his co-promoters, Ivaylo Gotzev and John Wirt with Epic Sports & Entertainment, are developing contingency plans that would permit the promotion of Joshua vs. Pulev for the world heavyweight championship in a post-coronavirus environment even if mass gatherings remain restricted.

The fight had been scheduled to take place on June 20th in London, but was postponed due to the coronavirus pandemic.

“But throughout the last hundred years, boxing has been a refuge from some of the biggest challenges our world has ever seen.  Throughout the great depression, two world wars, even the tragedy of September 11th, boxing has been first to capture the hearts, minds and the imagination of the public when they needed it most.  Therefore Joshua vs Pulev must go on.

“Safety is our number one priority, but it’s now time to separate the boys from the men.  The show must go on--we cannot let fear stand in the way of our very existence.  A 15-minute rapid test is now readily available and soon antibody testing and certification will exist.

"While it is clearly not practical to test 70,000 fans coming into a stadium, testing the hundred or so persons required for the first class television production of a world heavyweight championship fight with no live audience is now well within the realm of possibility.” 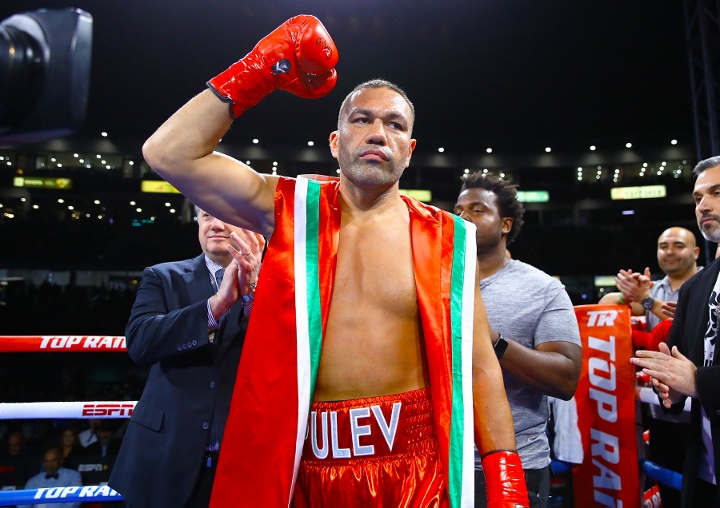 “The truth is that soccer is still being played in stadiums in Europe, the WWE had a PPV event last weekend in the United States, the German soccer league announced today their plans to start playing soccer soon and Major League Baseball has discussed plans to hold a modified season in Arizona,” said Wirt, President of Epic Sports.

“People need entertainment, and sports specifically, while being cooped up inside for this long.  You can catch a fever from Covid-19, but you can also get a bad case of cabin fever if you don’t take care of your mental health.  Just like Netflix, sports is an essential service because we help keep people from worrying themselves sick over this virus.”

Pulev, for his part, said he was ready to make the fight anywhere.

“As I have said repeatedly, I'm ready to battle, anytime and anyplace,” said the mandatory challenger, Pulev.

“So, come on AJ, let’s make this historic fight happen for the world and give our fans a battle they will never forget!”

I wouldn't be surprised if this don't happen at all. Can't wait for Pulev to go away.

No way, and is not in the realms of reality to happen like Kubrat Pulev said. :boxing:

I don't think this fight ever happens. Never have done.

Gotzev seems to desperately need the money. He has the well-known reputation of having no morals - ask Samuel Peter....he’s just a Bulgarian gangster