The already shaky reputation of WBO middleweight champion Billy Joe Saunders got another blow when the British fighter announced last week his scheduled voluntary defense against Martin Murray is off due to an injury. This is the second straight time Saunders backs off of a bout against Murray this year.

The unbeaten titleholder has been a target of harsh critiques over the last couple of years due to lack of consistency regarding his preparations and quality of opposition. With Saunders (26-0, 12 KOs) being the only full-fledged belt holder at middleweight next to WBC/WBA/IBO unified champ Gennady Golovkin and Ring/Lineal kingpin Canelo Alvarez, the WBO titlist is in good position to eventually find himself in an affair with either of the two to pocket millions of dollars in a genuine super-fight.

The only problem with the journey of Saunders toward that meaningful bout is that top-rated contenders have a hard time to get their just-due world title appearance along the way by the Puerto-Rico based sanctioning body. 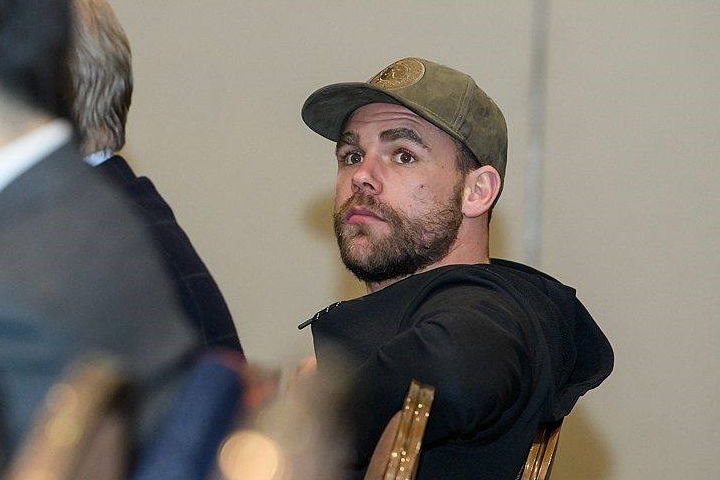 One of those fighters is unbeaten Walter Kautondokwa, who stands No. 3 by the WBO at 160 pounds. The Namibian contender’s promoter, Nestor Tobias shared his thoughts to BoxingScene.com regarding the most recent setback of Saunders.

“It is difficult to tell, and I hope the injury is real. We all know that Saunders has publicly declared his interest to fight GGG for obvious reasons and with that fight not happening anytime soon, anything can change if he loses the next fight, so it makes sense to hold onto the title for as long as possible. So maybe it as an honest injury or maybe he is just buying time. [However], I hope the injury is real because it would be a pity if he were to stoop that low.”

Kautondokwa (17-0, 16 KOs), who last saw action in March when he stopped Argentinean Billi Facundo Godoy with a single left hook to the jaw in his native Windhoek, Namibia, has been hoping for a world title bout for over a year now. Though the 33-year-old pugilist is ever improving on the WBO middleweight rank, he is yet to hear from the champion regarding a fight between the two unbeaten competitors.

“It is a very tricky situation when the champion avoids you, not much we can do other than to continue winning and pushing for a mandatory spot which may take up to a year or two. One thing is for sure, Kautondokwa may be unknown but not scared of anybody in the division. We have challenged at least 8 fighters in the top 15 and none of them are willing to face this hard-punching guy, but we will not be giving up,” Tobias said, who is now planning to take steps towards the WBO to let his protégé having a bout for the interim belt.

“We will engage the WBO to push for an interim title so that Kautondokwa can become mandatory challenger following his next win. Saunders won’t be able to be ducking us forever.”

The Namibian contender, though gives credit to Saunders, believes he has what it takes to silence the British fighter in an eventual meeting in the squared circle.

“Saunders is a very funny champ, I respect him for the champion he is, though. Just before his last fight, everybody used to call him a paper champion and the last fight [a dominant twelve-round decision win over knockout puncher Canadian David Lemieux] really brought out the best in him. I have watched most of Saunders’s fights and there is no way he can beat me even with my eyes closed,” stated the confident Namibian.

Team Kautondokwa is now focusing on the opportunity to secure an interim title bout that is believed to ultimately bring them closer to a potential showdown against Saunders.

Kautondokwa should step in and fight Murray.

He thinks he will get a shot because he out boxed a slow puncher with no defense. He has no power at all.. His "knock downs" Of Lee were balance problems for Lee not power pushes from Saunders. I can't…

I think it would be cool to see Murray fight Kautodonkwa for Interim WBO belt... I think Martin deserves that kind of opportunity after he was messed about by BJS. Curious match-up too.