Sulaiman: Top-Ranked Lubin Must Win Eliminator To Get Another WBC Title Shot

Erickson Lubin must win a WBC elimination match if he hopes to get another shot at that sanctioning organization’s super welterweight title.

Lubin was Charlo’s mandatory challenger when Charlo recorded a one-punch, first-round knockout of Lubin in October 2017 at Barclays Center in Brooklyn. 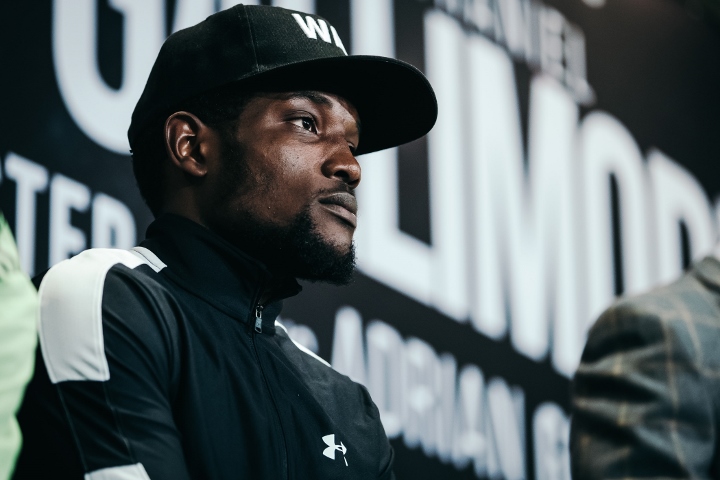 The 24-year-old Lubin (22-1, 16 KOs), a southpaw from Orlando, Florida, has won each of his four fights since Charlo beat him to move back into the WBC’s top spot at 154 pounds.

Charlo regained his championship from Harrison in their rematch December 21 in Ontario, California. Charlo dropped Detroit’s Harrison (28-3, 21 KOs) three times on his way to an 11th-round knockout in a fight FOX aired from Toyota Arena.

Harrison upset Charlo by unanimous decision to win the WBC title in December 2018 at Barclays Center.

Harrison is ranked third in the WBC’s 154-pound ratings, behind Lubin and Spain’s Sergio Garcia (31-0, 13 KOs). A Lubin-Harrison elimination match still could be ordered by the WBC, according to Sulaiman.

“Yes, that is possible,” Sulaiman said. “But Harrison just lost his father, so that is something we’ll be taking into consideration.”

Lubin, meanwhile, wants another shot at Charlo, who sees no reason why he should box Lubin again.

Lubin beat contender Nathaniel Gallimore (21-4-1, 17 KOs) by 10-round unanimous decision in his last fight, October 26 at Santander Arena in Reading, Pennsylvania. Gallimore is the only opponent who has beaten Rosario, whom Gallimore stopped in the sixth round in April 2017.

[QUOTE=JcLazyX210;20570533]Cuz he will lose against Hurd if that’s his title eliminator.[/QUOTE]Then that would mean Hurd deserves the title shot more than Lubin does. I don't see a problem with that. Anyway, Hurd's defense is awful! Lubin should be able to…

That is Fair! Well order him vs Sergio Garcia, not sure if Sergio is interesting in coming to the States but that is currently #1 vs #2 in the WBC 154 Rankings. Then you have Tony Harrison #3, so if…