This past Saturday night at the Mohegan Sun in Connecticut, junior welterweight puncher Subriel Matias got back on the winning track with a seventh round TKO of previously undefeated Malik Hawkins.

Juan Orengo, promoter and manager of the boxer, is convinced that his protégé is ready to fight for a world title as soon as the opportunity arises, although he also acknowledged that they must be patient.

"He's ready for anyone who is in the top three positions in the rankings, " said Orengo to Carlos Gonzalez. "Many people were aware of the last fight Subriel had, including the champions, because they know he is on the way up, but there are also people waiting who are before him." 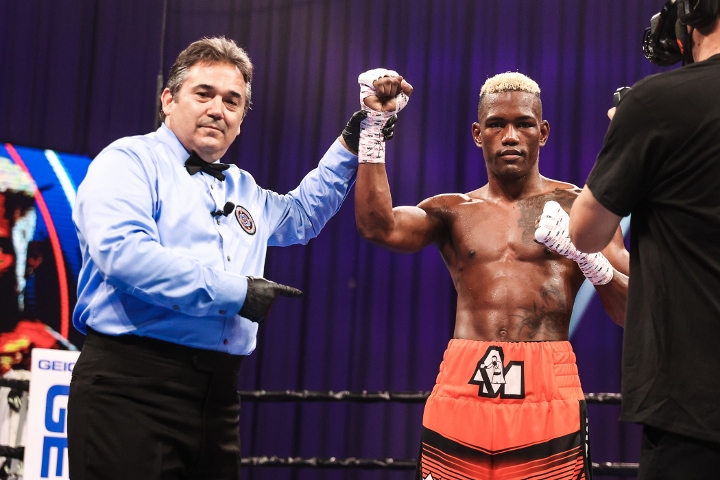 In February, Subriel suffered his first career defeat when he was outworked by Petros Ananyan to a unanimous decision loss. However, he left that stumble in the past and dominated Hawkins.

“At the level that Subriel is going, you can put him in with good fighters and he showed what he can do when he is well trained. We hope that with that recent result he will rise in the rankings. He spent nine weeks training for that fight,” Orengo shared.

The plan is to give him some time off before heading back to the gym.

“He will fight again next year. Now he has to rest because he is not going to return so quickly. He has to take his time before he starts again. Next year, Subriel will be fighting for a world title. Which one? We don't know that. Any of the organizations that give us the opportunity will take advantage of it. Right now there are two champions who have all of the 140-pound belts and this victory will put us back on the scene. If Subriel has to fight in an eliminator or for an interim-title to take the world belt, we'll do it," concluded Orengo.

[QUOTE=Bronx2245;20845423]Shohjohan Ergashev vs. Subriel Matias! PBC, Make It Happen![/QUOTE] Ergashev versus Matias would definitely be a 50-50, firefight at this point in their careers. That's a great match up between two of the toughest fighters in the 140 pound division…

[QUOTE=Tbone27;20845661]Matias should fight Ananyan again before they give him a big fight because he looked terrible in that fight and a win over Hawkins doesn't exactly prove he's a real contender[/QUOTE] I would definitely like to see Subreil Matias avenge…

Subriel Matias has to to work on, and improve his defense. His hands down, and catch punches style is a disaster waiting to happen. I've scene other fighters in the past who just walked into their opponents punches. It's a…

[QUOTE=Citizen Koba;20845548]Damn, yeah. Good call. Big fan of both these dudes and I'd be sad to see either take an L - especially Browny now he just got back in the W column - but this is the kinda fight…