Steven Donnelly wowed the crowds at London’s Indigo O2 as he blasted to glory in the Ultimate Boxxer super-welterweight tournament.

The former Olympian, who won two Commonwealth Games medals as an Irish amateur, was in scintillating form in front of the BT Sport cameras in stopping Lenny Fuller with a second-round TKO in the final.

‘The Donn’ kicked off the three-round, three-fight competition with a ruthless first-round stoppage of Ish O’Connor and didn’t look back; cruising by previously undefeated Southern Area champion Sean Robinson in the last four and going on to lift the trophy. 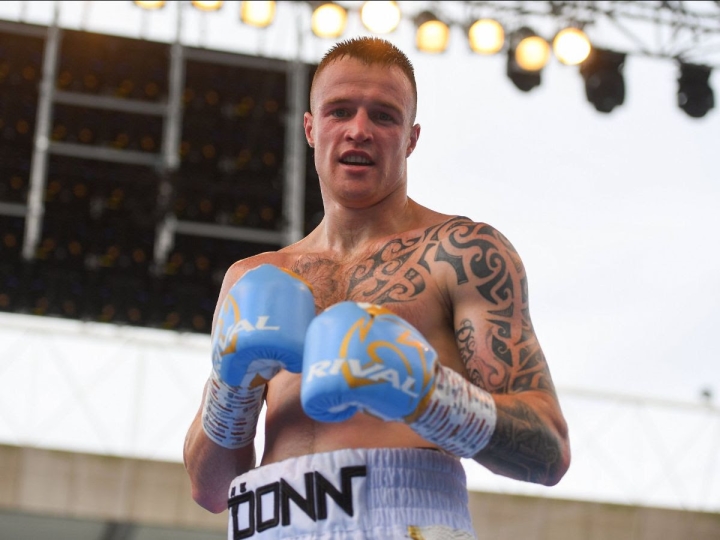 Donnelly (8-0, 3 KOs) said afterwards: “It’s just unbelievable. All the hard training has paid off. It’s all worth it now.

“We were prepared for it and it came our way. I used my jab and my boxing ability showed through in the end. I seem to be punching harder too, which I need in the pros. I’m learning.

“Big respect to Lenny Fuller. I’m not even sure this is his weight-class so fair play to him for getting to the final. He deserved it.

“I knew I was two rounds up in the semi-final so I knew he was going to come. He was tough and he gave it everything. I had to work hard for that last three minutes but we’d trained hard for that.

“I’m only young so there’s still so much more to come from me.”

News of Donnelly’s next assignment will be forthcoming in due course.