All of the details have been finalized for Srisaket Sor Rungvisai (44-4-1, 40 KOs) of Thailand to make the second defense of his reclaimed title against mandatory challenger Juan Francisco Estrada (36-2, 25 KOs) of Mexico.

The contest will take place on February 24th, as an HBO televised main event, in what is expected to be the Superfly 2 card - a second portion of the September card which featured some of the top super flyweights in a tripleheader event.

Superfly 2 will come down at The Forum in Los Angeles, California. 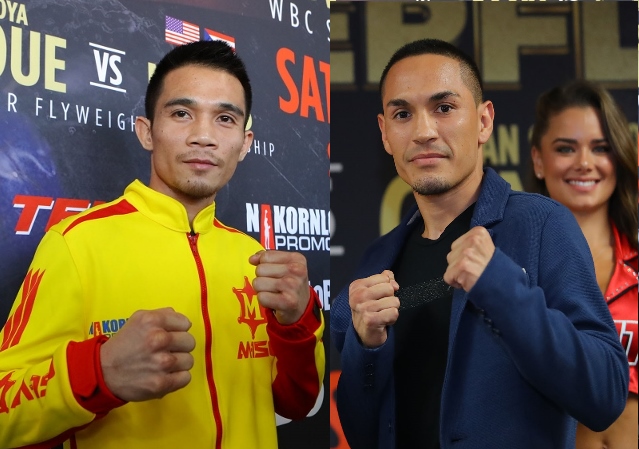 Both Sor Rungvisia and Estrada were in action back on the first Superfly card, also carried by HBO, from StubHub Center in Carson.

Sor Rungvisai crushed former champion and recent pound-for-pound king, Roman "Chocolatito" Gonzalez, with a brutal fourth round knockout. It was a rematch of their March encounter, which Sor Rungvisai won with what some felt was a controversial decision at New York's Madison Square Garden.

On the undercard, Estrada dropped countryman and fellow former champion Carlos Cuadras on his way to winning a very close twelve round unanimous decision in a final WBC eliminator. There was some confusion after that fight, when Cuadras was initially announced as the winner - until ring announcer Michael Buffer realized that a mistake was made and corrected himself.

There was then an ordered issued by the WBC, directing Sor Rungvisia and Estrada to fight each other.

Another potential option for the show is World Boxing Organization (WBO) champion Naoya Inoue (14-0, 12 KOs), who makes a defense of his belt on December 30 against Yoan Boyeaux in Yokohama, Japan. He was featured on the first Superfly card, when he made his American debut with a one-sided drubbing over Antonio Nieves.

One fighter who will not be a part of the show is Chocolatito, who is already back in the gym and plans to return in the early months of 2018.

Rungvusai gets the win in this scrap. Inoue will take care of bidness and then he will take out Rungvusai when they meet in the ring.

Strange style match up. I don't have a prediction here....

[QUOTE=revelated;18284800]None of those are A-side fighters and you know it. I don't care about "good" fighters. I'm talking about NAMED fighters who draw. In that division there are only four: Choco, Rungvisai, Estrada and Cuadras. Period. Choco has "respectful power".…

[QUOTE=chrisJS;18284258]Yaegashi, Viloria, Niida were good fighters that he KO'd. [/QUOTE] None of those are A-side fighters and you know it. I don't care about "good" fighters. I'm talking about NAMED fighters who draw. In that division there are only four:…

Choco > Estrada Rungvisai > Choco Therefore.... Rungvisai > Estrada A > B > C This is a foregone conclusion Estrada is getting stopped on this one