Spence: I Got A Second Chance; I'm Not Taking It For Granted At All

Errol Spence Jr. knows the consequences of his car accident six months ago could’ve been much worse.

The 30-year-old boxer realizes he is extremely lucky to have lived through a horrific crash in which his Ferrari flipped over several times and he was ejected onto the pavement in downtown Dallas. Spence was hospitalized for more than a week following that terrible wreck October 10.

The DeSoto, Texas, native is thankful that he has recovered fully from injuries to his face and mouth. He is training for a return to the ring either in “September or October.”

As much as that accident hurt him physically, though, it helped Spence mentally. It made the wealthy welterweight champion appreciate his family and career more than when he had become “way too comfortable.” 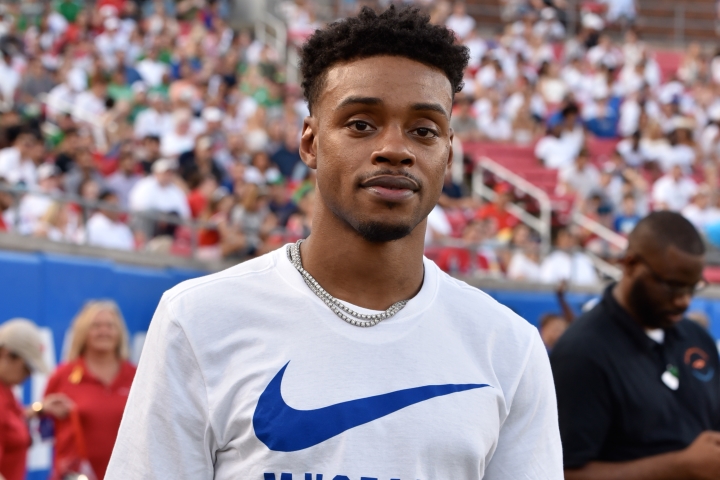 Spence spoke about how that accident impacted his outlook on life with Premier Boxing Champions’ Ray Flores, who conducted an Instagram Live interview with the IBF/WBC 147-pound champion Monday.

Spence’s skeptics question whether the strong southpaw will be the same elite fighter once he returns. Those doubts have motivated him even more while preparing for his first fight since Spence (26-0, 21 KOs) defeated Shawn Porter by split decision in their 12-round welterweight title unification fight September 28 at Staples Center in Los Angeles.

“I am excited for it,” Spence said. “I’m glad it’s finally coming back. Like I said, I got a second chance, so I’m not taking it for granted at all, and I’m not taking this opportunity for granted at all. And I just wanna show the world that, you know, Errol Spence is still the same. Not the same – I’m even better. I’m more improved and stuff like that.”

[QUOTE=Rigpig;20507817]The guy clearly has a drinking problem he’s smashed in 3/4 of his interviews. It caught up with him in his personal life he’s lucky to be alive. It’ll catch up to him in the ring. He can only avoid…

[QUOTE=Songbird;20507587]yes errol next time u drink and drive buckle the damn seat belt! idiot[/QUOTE]Ironically, maybe getting tossed from the car is what actually saved him. Might have been better to escape a 2 ton death trap of glass and steel.

[QUOTE=ShoulderRoll;20507572]Yeah, that shows he wasn't being smart with his money. For both his and his family's future. Young boxing talents continues to make this mistake. Their careers won't last forever so they better plan ahead. At least Spence got a…

Sometimes a bad thing can happen to someone and they survive and the incident becomes a positive imprint on the person for the rest of their lives because they learn a lot of things from the experience. I think Spence…

[QUOTE=larryx...;20507915]Oh I watched the fights, but I also watch you be openly biased with a clear agenda. Just stop it and act normal..look at all your damn posts..you slam all black Americans and give them 0 credit..only reason you try…