Spence: Garcia's Known For Iron Chin; Knocking Him Out Would Send Impactful Statement

The durable Philadelphia native’s granite chin has been one of Garcia’s greatest attributes during his ascent through the junior welterweight and welterweight divisions. That’s what would make stopping Garcia on Saturday night such an accomplishment for Spence, particularly in his first fight following his life-altering car accident in October 2019.

“I think that would send an impactful statement,” Spence told BoxingScene.com. “Danny Garcia’s known to have an iron chin and, you know, to be very strong and a guy that can take a punch. So, you know, I’m not looking for [a knockout], but if it occur where I can stop him, I will.” 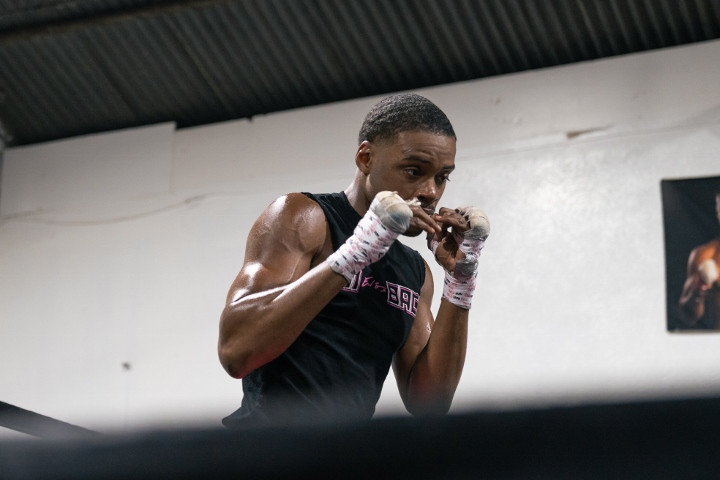 The 32-year-old Garcia has lost only a 12-round split decision to former WBA/WBC champ Keith Thurman and a 12-round unanimous decision to ex-IBF and WBC champ Shawn Porter. If he can’t win by knockout, Spence hopes to at least beat Garcia more convincingly than Thurman or Porter, whom Spence defeated by split decision in his last fight 14 months ago at Staples Center in Los Angeles.

“It would mean a lot,” Spence said, “because I feel like those guys couldn’t do it and me doing it, especially off of a year layoff, that’d mean a lot and it would basically tell everybody where I’m at right now.”

The 30-year-old Spence could’ve made optional defenses of his IBF and WBC welterweight titles against an opponent less dangerous than Garcia in his comeback bout. The strong southpaw from DeSoto, Texas, wants to prove, however, that he is the same formidable fighter now that he was before overcoming cuts to his face and body and dental damage in the aforementioned, one-car accident.

“He’s a very good fighter, man,” Spence said of Garcia. “I compare him to the top of the list with those guys [Porter and Thurman], just because of everything he’s accomplished. He can fight – just plain out. He don’t do anything spectacular, but he has great timing and things like that. He’s always in close fights. You never see him get beat convincingly.”

[QUOTE=OPS;20930505]If you didn't knock Mikey out, or Porter as you mentioned, I definitely do not see you knocking out Danny. If it happens, I'll be the 1st to come back and stand corrected.[/QUOTE] Lets see if Danny can fight at…

Yeah but with Danny, Pushing for a Knockout against him might get you knocked out instead by one of those Hooks!