As BoxingScene.com previously reported, two-time WBC super flyweight champion Srisaket Sor Rungvisai will defend his title on home soil in a non-compulsory fight at the “One Championship: Kingdom of Heroes” event in October.

The 31-year-old boxer, who beat Juan Francisco Estrada of Mexico to retain his crown in February in California, will defend his title at home for the first time in two years after a TKO win over countryman Oley Taladklangadsawai in Nonthaburi in December 2016.

Before the October fighter, Sor Rungvisai will first take a stay busy fight this coming Saturday night, when he faces Young Gil Bae (28-6-2) in a non-title fight, which takes place at the bantamweight limit over ten rounds. That fight will take place at the Workpoint Studio in Bang Phun, Thailand. 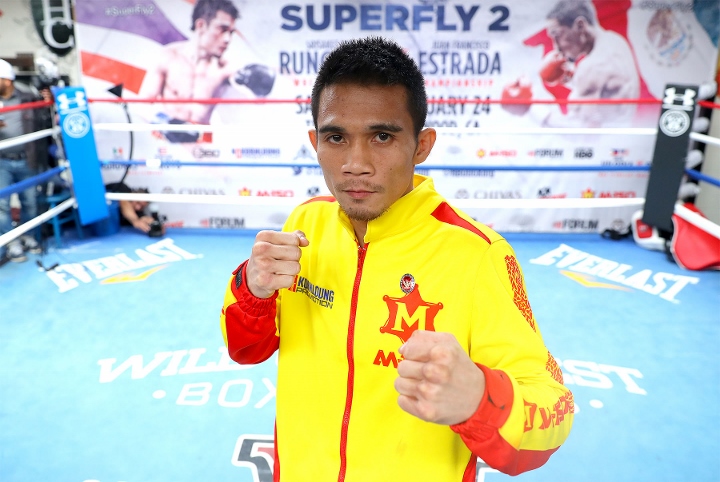 The hard punching Thai is very motivated to defend his title before a loyal legion of hometown fans.

“I’m very excited at the opportunity to defend my crown at home for the first time in two years,” said Srisaket who is unbeaten in his last 18 fights, to The Nation

“To be able to compete in the One Championship arena is an honour. I’m determined to defend my belt in front of the home fans,” added the Thai, who appears to have recovered from his high-profile break-up with long-time girlfriend Patchareewan Kanha in May.

His promoter Thainchai Pisitwuttinan of Nakhonloung Promotion said the bout was not compulsory but would be sanctioned by WBC. The camp is looking for a challenger from Asia or Latin American.

“It depends on who has the guts to challenge Srisaket. We still have enough time to find his match. It will be a dream come true to see a Thai defend his belt in his motherland,” said Thainchai.

The Kingdom of Heroes stop is due at the Impact Arena on October 6.

how is he defending his 115 title at a 120 catchweight? or at bantamweight?

This guy was broken hearted when he broke up from his girl. Good to see that he's finally getting over her and is focused on fighting again.

So he’s over his breakup. I hope so.