Smith: I Was Unfamiliar With Hart Until They Mentioned Him Wanting To Fight Me

For all the talk of this being a grudge match, Joe Smith Jr. had to be brought up to speed on why a fight with Jesse Hart was so personal.

“I was unfamiliar with him until they mentioned him about wanting to fight me, pretty much,” Smith Jr. (24-3, 20KOs) confessed during a recent media conference call to discuss his light heavyweight clash with Philadelphia’s Hart, which airs live on ESPN this Saturday from Hard Rock Hotel & Casino in Atlantic City, New Jersey.

The bout materialized entirely on the demand of Hart (26-2, 21KOs), who for more than three years sought to avenge the career-ending loss suffered by childhood idol and Philly legend Bernard Hopkins. The Hall of Fame former two-division champion was knocked out in nine rounds by Smith Jr. in the 9th round of their December 2016 career, ending Hopkins’ career while elevating the Long Island-bred working class light heavyweight to title contention. 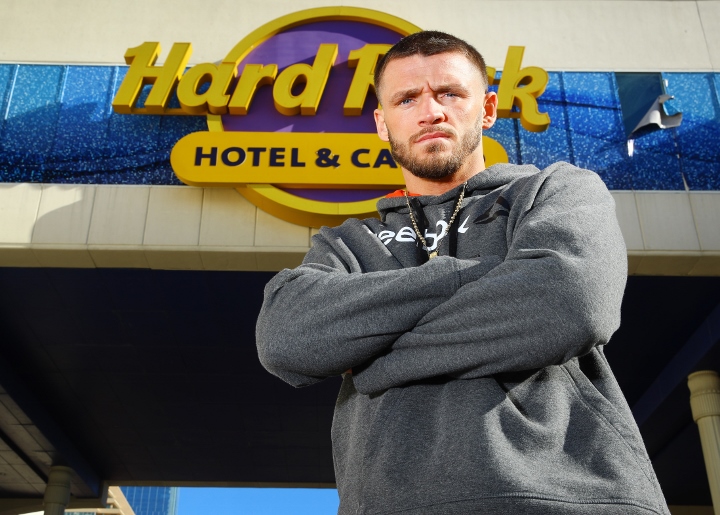 For now, it remains the last great moment in the sun for Smith Jr., whom has since suffered points losses to Sullivan Barrera and Dmitry Bivol, the latter in a light heavyweight title fight last March. Hart’s lone two defeats have come at the title level, both at the hands of Gilberto Ramirez but with his own win over Barrera positioning him for a crack at a light heavyweight belt in 2020.

First up for the second generation boxer—whose father Eugene ‘Cyclone’ Hart was a 1970s middleweight contender—is a revenge-fueled showdown with an opponent whom, quite frankly, has loftier goals in mind.

“I was told that was the reason,” Smith Jr. notes of Hart’s motivation for this weekend’s headliner. “If that’s what he feels for he’s fighting for, good for him.

“Me, I’m fighting… to become a world champion.”

Hope Hart is ready cos Joe ices anyone he hits cleanly with either hand!

Jesse Hart? Never heard of her.