The overall average viewership of Showtime’s telecast Saturday night, which spanned more than three hours, was 122,000. That was the smallest audience for any of its three broadcasts since Showtime started televising boxing again August 1, following a 4½-month break caused by the COVID-19 pandemic. 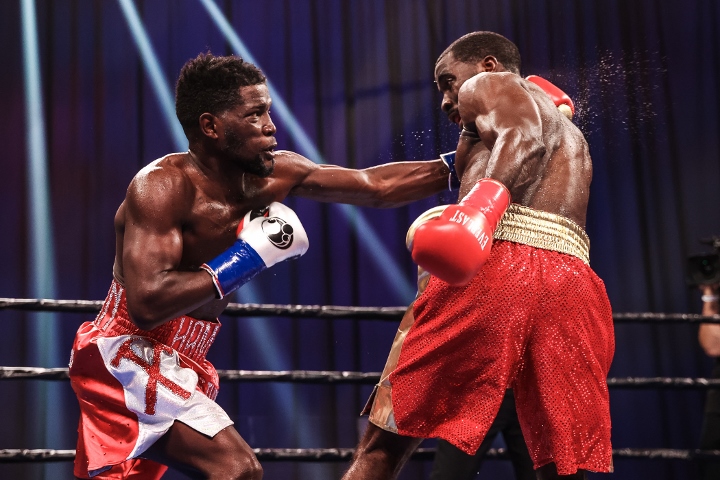 Lubin’s win re-established him as the WBC’s mandatory challenger for its super welterweight title. The southpaw from Orlando, Florida, is now owed a shot at the winner of the 154-pound title unification fight this Saturday night between WBC champ Jermell Charlo (33-1, 17 KOs) and IBF/WBA champ Jeison Rosario (20-1-1, 14 KOs).

The first time Lubin was Charlo’s mandatory challenger, Charlo knocked him out with one punch in the first round of their October 2017 bout at Barclays Center in Brooklyn.

The second fight Showtime aired Saturday night, Tugstsogt Nyambayar’s split-decision victory over Cobia Breedy, drew the highest viewership of the tripleheader. An average of 150,000 viewers watched that 12-round featherweight fight, which also drew the peak audience of the telecast (155,000).

Philadelphia’s Ennis (26-0, 24 KOs) dropped the Dominican Republic’s Abreu (23-6-1, 21 KOs, 1 NC) once late in the fifth round and twice early in the sixth. Ennis became the first opponent to stop Abreu inside the distance when referee John Callas halted the action at 1:06 of the sixth round.

Sad to see so few viewers tuned in

The Benavidez card a few weeks ago did a zero rating among men 18-34. Imagine how bad this card did if their overall numbers are even worse. [img]https://i.imgur.com/WCBW3Uf.png[/img]

Those numbers sound pretty bleak. Alot of boxing numbers seem down and I'm curious what other sports numbers are doing. I know for me, I haven't been watching much of anything but boxing and MMA. I normally watch more football,…

[QUOTE=L. Cipher;20774022]Exactly and doesn't take into account people who watched replays or streamed in on Showtime's app later[/QUOTE] Even if you doubled the numbers the average wouldn’t hit 250k. There is always competition on the other channels.

[QUOTE=Oldskoolg;20773986]Do come along young man, Ufc fans are not boxing fans. Most Ufc fans are silver spoon subburnanites too scared to go into the inner cities. However I will concede that Ufc does have its fair share of trailer park…