Shiro Picks Apart Melindo, Stops Him On Cut In Seventh Round

A ringside physician instructed referee Laurence Cole to stop their scheduled 12-round, 108-pound title fight at 2:47 of the seventh round due to a bad cut over Melindo’s left eye. The 26-year-old Shiro (14-0, 8 KOs) made his fourth defense of the WBC world light flyweight title in a bout DAZN streamed from Yokohama Arena.

Japan’s Shiro also won a third consecutive contest by knockout or technical knockout. The 30-year-old Melindo (37-4, 13 KOs), a former IBF world light flyweight champion from the Philippines, was stopped inside the distance for the first time in his 13-year pro career. 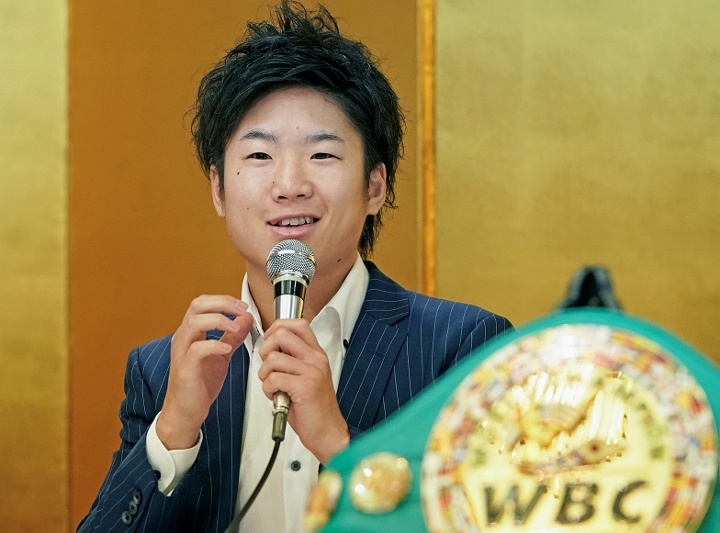 Other than the second round, Japan’s Shiro was too quick and too accurate for the shorter Melindo.

Shiro backed Melindo into the ropes with a right hand just before the midway mark of the seventh round. Shiro targeted the cut over Melindo’s left eye, which bled badly and eventually caused a ringside physician to stop their fight.

Melindo landed a left hook within the first minute of the sixth round, but it only woke up Shiro. The champion beat up Melindo during the rest of the sixth, when he landed several hard right hands and opened a cut over Melindo’s left eyebrow.

Shiro’s chopping right hand caught Melindo as he leaned over with 1:10 to go in the fourth round. Shiro also backed up Melindo with a straight right hand later in the fourth.

Shiro, whose jab was effective throughout the fourth, also blasted Melindo with a right hand as Melindo moved into the ropes toward the end of the round.

Shiro countered Melindo with a hard right hand that landed to the middle of his face at 1:40 of the third round.

Melindo had a strong second round. He caught Shiro with a looping right hand 35 seconds into that round and connected with a straight right hand just before the midway point of the second.

Shiro’s best shot of the second round was a right hand with about 30 seconds remaining in it.

Both boxers were cautious throughout the first round, but Shiro landed a few jabs to win it.