Shinsuke Yamanaka vs. Luis Nery Set For August 15 in Japan

A deal has been reached. Luis "Pantera" Nery will receive his great opportunity, when fights for the world championship.

His mission is difficult, but not impossible and his worth has been more than proven. He will look for the world championship in Japan, against an unbeaten opponent, against a champion who has made twelve successful defenses of the title he won six years ago.

"Pantera" Nery (23-0-0, 17 KOs), as the official challenger, will challenge WBC world champion Shinsuke Yamanaka (27-0-2, 19 KO's) on Aug. 15 at a location to be determined in Japan, although everything indicates that it will be in Tokyo and Box Azteca will broadcast the fight. 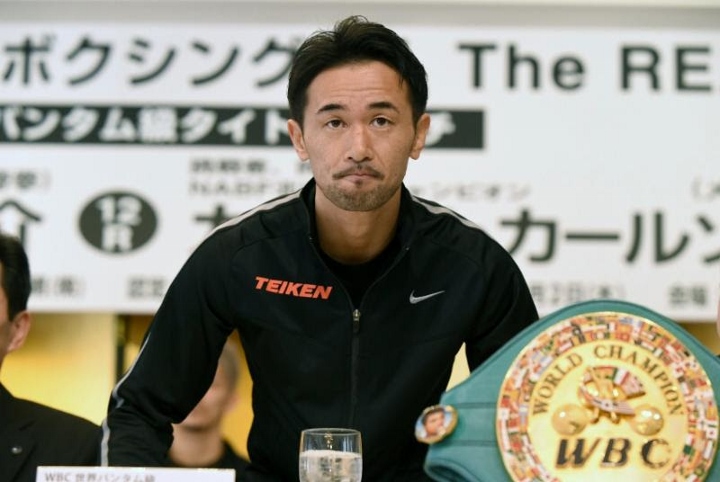 For his part, Yamanaka became world champion in his 17th professional fight, in November 2011, by knocking out Christian Esquivel, and since then has made twelve defenses of his titles.

Among the victims on Yamanaka's record are names like Vic Darchinyan, Tomás Rojas, Alberto Guevara, Anselmo Moreno twice, Liborio Solís and in his most recent match last March, he knocked out Carlos Carlson.

In fact, the world champion has faced five Mexican rivals (Jesus Silveira, Christian Esquivel, Alberto Guevara, Tomás Rojas and Carlos Carlson), and all of them were knocked out.

It will be a confrontation between two left-handed fighters, unbeaten, who can box and have power, and both are at their maximum level. The edge in experience is on the side of the champion, but Nery has youth and speed on his side. The Mexican boxer is 22 years old, while the champion is 34.

This will be Nery's first bout outside on foreign soil and Yamanaka has never fought outside of Japan.

Yamanaka could be a global superstar if he fought outside of Japan once in a while!

[QUOTE=GriffTannen;17737967]Thought he was fighting shinsuke nakamura. Nery would have no chance[/QUOTE] He is and he doesn't.