The World Boxing Council has finalized their directives for the welterweight division. 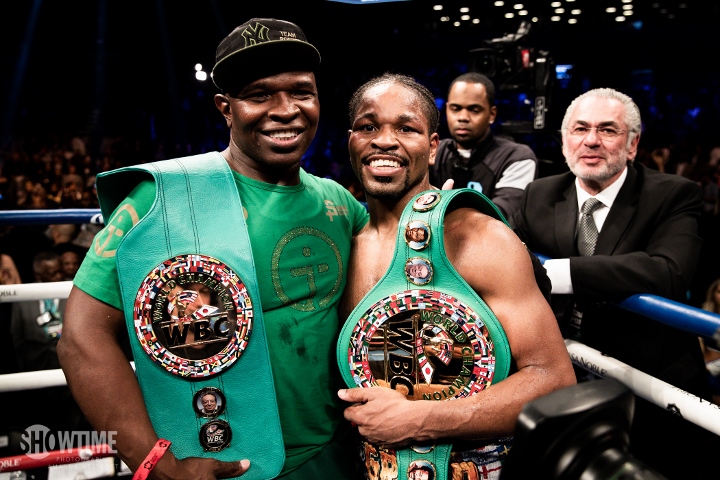 The sanctioning body has now ordered Porter to make a mandatory defense against Thurman.

Thurman, who won a twelve round decision over Porter in 2016, has been inactive since winning a decision over Danny Garcia in March of 2017.

The WBC gave both sides 30 days to reach an agreement - before a purse bid is called. Thurman still holds the WBA's welterweight title.

The WBC's decision is strange - considering Thurman had been very vocal about his desire to return to the ring with a much easier opponent to shake off the rust and ensure his injuries have fully healed.

The next mandatory challenger in line is Andre Berto, who defeated Devon Alexander to secure the title opportunity. Porter already stopped Berto in a WBC eliminator in April of 2017.

All three fighters are advised by Al Haymon and compete under the Premier Boxing Champions banner.

The WBC also ruled that super flyweight world champion Srisaket Sor Rungvisai, who this past Saturday night won a twelve round decision over Iran Diaz in Thailand, was capable of making another voluntary defense.

If Sor Rungvisai comes away with another win, he will be bound to make a mandatory against Juan Francisco Estrada of Mexico. Earlier this year, Sor Rungvisai won a highly competitive decision over Estrada in Los Angeles. There was heavy interest in staging an immediate rematch, but Sor Rungvisai received some lucrative offers to fight back home in Thailand.

**** it every welterweight for themselves.

[QUOTE=KayDub;19180159]What fight were you watching? Keith had Shawn hurt 3-4 times during the fight.[/QUOTE] I'll admit that it was a close fight but Porter wasn't remotely close to being dropped, stopped or knocked out by Keith Thurman. From my recollection,…

[QUOTE=champion4ever;19179611]However, not once did Thurman ever hurt Shawn or had him in any kind of trouble. [/QUOTE] What fight were you watching? Keith had Shawn hurt 3-4 times during the fight.

[QUOTE=champion4ever;19179611]S[COLOR="Black"]hi[/COLOR]t, many thought he beat Keith the first time; My myself included. The fight was so razor thin close that it could have gone either way. Keith won the fight solely on clean punching alone because Porter was the effective…