Shannon Courtenay Back, October 26 In London

Shannon Courtenay will be back in the ring later this month.

Courtenay, 26, won the Haringey Box Cup back in 2015 and has raced to 3-0 with one quick since turning to the paid code back in March.

And she has now been handed a date for her return. 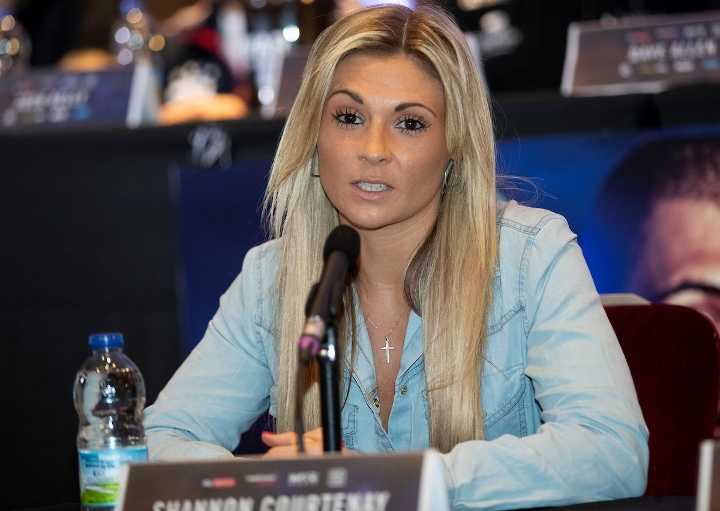 Courtenay has been confirmed as a late addition to the supporting cast of the World Boxing Super Series super-lightweight final on October 26 at the O2 Arena.
Josh Taylor’s unification clash against Regis Prograis tops the bill, exclusively live on Sky Sports in the UK and DAZN Stateside.

There is a crossroads lightweight dust-up between three-weight world champion Ricky Burns and ex-IBF featherweight king Lee Selby and Austin Williams, the undefeated American knockout artist, is set to make his UK debut on the bill.

Lawrence Okolie steps up in class from British level to take on Yves Ngabu in a challenge for the European cruiserweight title, there is an all-British heavyweight showdown between Dereck Chisora and David Price and Conor Benn will also feature alongside Belfast lightweight James Tennyson, who will make a quick return to the same venue where he knocked out Atif Shafiq back in August when he puts his newly-acquired WBA International title on the line against Welshman Craig Evans in a showdown that will double up as an eliminator for Joe Cordina’s British title, and Abass Baraou.

Baraou is undefeated in seven and currently holds the WBC International title at super-welterweight. He will defend the belt against John O’Donnell, the former Commonwealth welterweight champion, when he makes his UK debut.