Shannon Briggs: I Would Have KO'd Haye, Derailed Bellew Bout

Former WBO heavyweight champion Shannon Briggs believes that he would have certainly derailed a potential fight  between David Haye and Tony Bellew.

Briggs and Haye were in talks to fight each other back in 2016.

As part of their discussions, Briggs fought on Haye's undercard in May 2016. Both of them scored early knockouts, to set the stage for a potential showdown in the fall. 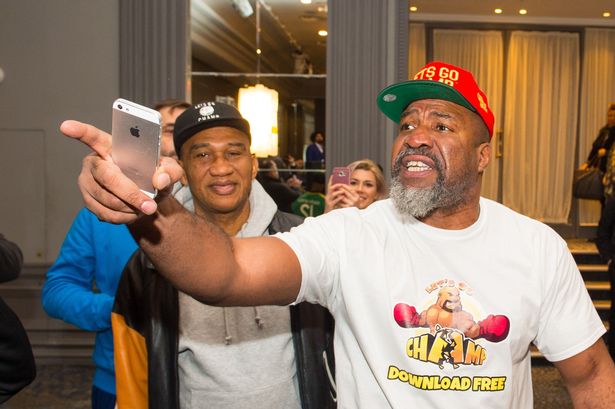 But the fight never happened.

Haye walked away from their discussions to set up a March 2017 clash with Tony Bellew.

And when Haye was stopped in the eleventh round of that bout, he would eventually set up a 2018 rematch with Bellew - and suffered a crushing fifth round knockout.

After getting knocked out by Bellew in back to back fights, Haye retired from the sport of boxing.

Briggs feels confident that he would have knocked Haye out in 2016 - which in turn would have stopped the Bellew bout.

"It would have been an early night," Briggs told Sky Sports.

"When I'm angry, when I've got something to fight for, I'm charged up. Two guys who don't like each other is a great fight. If David Haye had fought me before he fought the Bellew fight, there wouldn't have been the Bellew fight.

"I ain't the prettiest brother, but he would have been looking like me after the fight. He would have never fought again."

In the opinion of Briggs, Haye will not remain retired and will likely return to the ring at some point.

If Haye does return to the ring, Briggs says he'll be ready to face him.

"That Bellew wasn't enough. He'll still feel like 'I can get one more shot', and I think he's going to come back," Briggs said.

"My gut feeling says David is going to come back, and I'm going to be waiting for him."

You would have failed the test Shannon. And I mean drug tests.

OMG, that was so funny, when Briggs was stalking Haye :lol1:. There was a fight in the UK, I believe. Briggs is in the crowd, and he spots Haye. He goes over to confront Haye. Haye starts walking real fast,…

Briggs forgot to mention that he would've failed a drug test and the fight would've been cancelled anyway. LOL. Briggs is a phony and I hope he never gets another shot.

[QUOTE=Buggy bear;19638125]Haye knows the game and realised he was shot and broken even then, I'm just surprised he was allowed to rob the public the way he did and people stood it ... horrible man I reckon[/QUOTE] He had me…