Masoud (7-0, 1 KO) has looked sensational in his career so far, with stand out performances coming in front of the BT Sport cameras in 2019 when he defeated Yesner Talavera and Stefan Nicolae in extremely impressive fashion.

The 24-year-old will now be co-managed by Ben Davison under MTK Global, alongside existing manager Mervyn Turner, who has superbly guided Masoud's career so far. 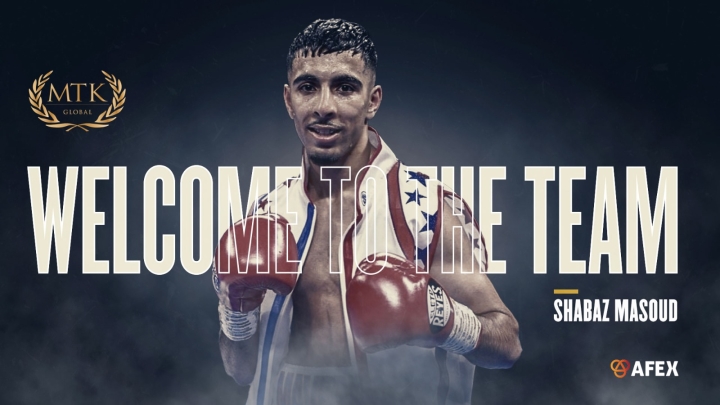 Masoud said: "I’m delighted to have been able to get this over the line. I know with the right team I can go all the way and that's exactly what we're going to do.

"I have great relationships with Ben Davison and Mervyn Turner. I respect them both massively. MTK Global are the biggest management company in the world too, so I'm certain that we have the perfect combination for success."

Ben Davison added: "I'm over the moon to be working alongside Mervyn Turner and Asgar Tair with Shabaz, who is someone I’ve always been very impressed with.

"MTK Global, Mervyn, myself, Asgar and all of our team see great potential in Shabaz in so many areas, so it's exciting times ahead."

Mervyn Turner added: "I'm extremely proud to get this deal done for Shabaz. He has shown in his career so far that he is a star for the future and he now has a fantastic platform to achieve his goals."

News on Shabaz's first bout as an MTK Global fighter will be announced in due course.

I am definitely going to follow Shabaz Masoud, for the little I see, he have the good's. :boxing:

Notice how anyone who makes it, has atleast a 40-50% knockout ratio in their first 7 fights. And that includes Paulie Malignaggi