Former two division world champion Sergio Martinez, 45-years-old, returned to the ring on August 21 in Spain and picked up a TKO victory in seven rounds.

It was Martinez's first fight since 2014, when he was stopped by Miguel Cotto in a WBC middleweight title fight at Madison Square Garden in New York City.

Martinez is planning to stage the second fight of his comeback on December 5th. Sergio García will defend the European super welterweight championship on the same card. 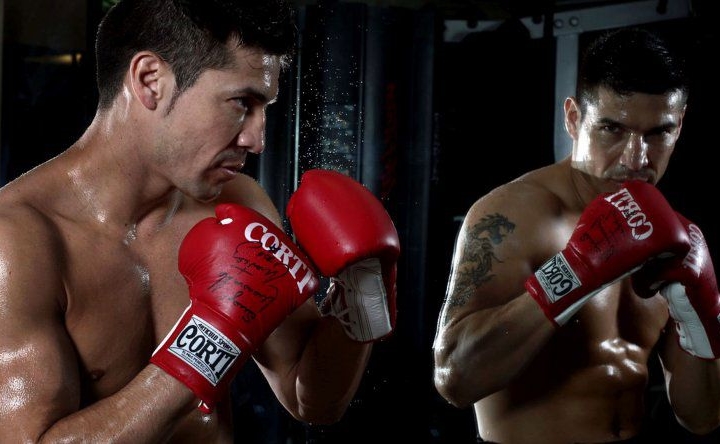 The comeback win was enough for Martinez to secure a number six ranking in the WBA's top ten at middleweight.

The Argentine star has a clear goal of facing WBA "regular" champion Ryota Murata of Japan.

"When I went to the ring in Torrelavega I had the feeling of continuing with what I was doing," says Martinez to Alvaro Carrera.

"I honestly think I need at least two fights to know where I am. And maybe three to be able to fight for a world title against an opponent like Ryota Murata. I'm not saying Golovkin, Canelo or Charlo. He is on a somewhat lower level and I think I will be ready for him in that time-frame. I imagine that by the end of 2021 the stage can be ready.

"In a chat on the social networks with my friend Gilberto Mendoza , president of the WBA, he told me that if I made three serious fights, I would get the opportunity against Murata. I was setting small goals and this was the definitive push to look up. Also I have never won the belt from that sanctioning body and I think it would be the perfect opportunity to at least try to achieve that goal."

Martinez would also not rule out the possibility of a fight with six division world champion Oscar De La Hoya, who himself is planning a return to the sport.

"In boxing nothing can be ruled out. It would be an honor, but my mind is set elsewhere. If that possibility can be given before [I go for a world title], I would be delighted. He is a legend," Martinez said.

[QUOTE=edgarg;20764019]Let me mention some of the facts preceding the Corrales fight. Corrales, as you know, was a 6 ft' tall 130 lber. which is really a contradiction in terms. There have been others, but it seems to be against nature.…

[QUOTE=edgarg;20763823]Fair, and a pleasure to exchange with you. I accept your limiting, no question, but-a caveat- "calling out" means less than nothing-, often by lesser fighters to try to get bigger purses against higher ups on the ladder. Calls-out often…

[QUOTE=Oregonian;20763800]—————————— Fair enough. Let that topic rest. You touched on Mayweather though and I can’t let that slide. Let the raging debate begin!!! Just FYI, I’m doing so because I’m inclined to be corrected if wrong. Only with you. [I]Mayweather…

[QUOTE=Oregonian;20763800]—————————— Fair enough. Let that topic rest. You touched on Mayweather though and I can’t let that slide. Let the raging debate begin!!! Just FYI, I’m doing so because I’m inclined to be corrected if wrong. Only with you. [I]Mayweather…

[QUOTE=edgarg;20762477]Well, no harm done. You point out a one sided beating from Mayweather... Maybe a one-sided loss, but when did a Mayweather "beating" ever have any effect on a fighter like even an old Mosley. Mayweather had a decided advantage…