Sergio Martinez, Marcos Maidana Have Interest in Fighting Each Other

A few days ago, Argentina's Marcos Maidana, the former junior welterweight and welterweight champion, had surprised everyone by saying that he would be interested in a fight with countryman and fellow two-division champion Sergio Martinez.

Both Maidana and Martinez were planning to return to action in 2020 - with their respective comebacks being postponed due to the ongoing coronavirus pandemic.

"I would be interested. It would be necessary to set a date. If it's a fighter like Martinez and if I am not physically well prepared, I can't win. I don't want to lose. If I feel perfect, I can accept any challenge," Maidana said. 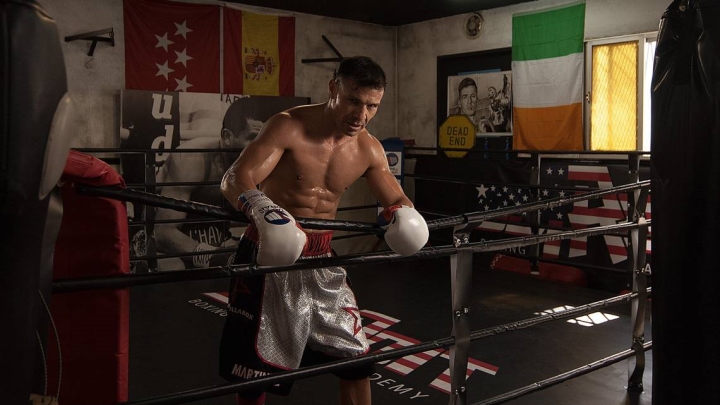 While Maidana's comeback is in limbo for the moment, Martinez is still motivated to return to the ring by the end of the year.

A fight with Maidana? Martinez would be honored to accept that match.

"If there is a fight to be done with Chino, it would be an honor. He is a historian. In 100 years, he will be talked about, just like me, as two of the best of this era. Sharing a ring with him would be an adventure. Just imagining how it would be when we would do the press conferences, the face-offs. As an experience it would be great," Martinez told Outside the Ring.

"It would be great for me to be in the ring with Maidana. It would be a luxury for me to share a ring with [Mayweather], and with Maidana as well. It would be great. I would have to see how it develops in the immediate future. Maidana has not boxed for five or six years. He has to see how he feels when he has to make the weight, when he has to really train to fight. I have to see how I feel when I have to make the weight. I had to weigh 100 kilos [220-pounds] for a movie. I started to go down when I programmed myself to box again.

"I'm enjoying the day to day in the gym. I'm having a good physical and mental response too. I've had a lot of improvements. I had to adapt and the legs are gaining speed little by little. We are working well with my physical trainer. If I can do a fight, great. If I win, much better."

[QUOTE=Bronx23;20549892]Damaged knees never recover 100%. And Sergio's was in horrible shape. Just watched highlights of Cotto-Martinez, the Athletic commission that allowed Sergio to fight with that knee shoulda been sued. Maidana by TKO In their prime Martinez all day[/QUOTE] This.…

Poor Maidana has to drain himself down to 165 :(

This fight would sell in Argentina A pension for both

...Maidana will knock that old man out, easy...Martinez has that glass jaw...