Some fights are just a guess.

Anthony Yarde looks the part. He’s shredded, has quick hands, swings from offbeat angles, and lands with authority. The challenger arrives as the number one contender to the WBO belt at light heavyweight by ending all but his second pro fight early.

Yarde hasn’t done it against a lot of recognizable contenders nor is he seen, yet, as much more than a fringe contender in his weight division. His record says he’s just evolving past the prospect stage.

Yarde’s team is making the gamble that he’s ready for an aging titlist coming off one of the biggest wins of his career. It’s an audacity that makes an impressive physical talent all the more intriguing.

It’s still just a guess to think Yarde is ready to go from fighting measuring stick development opponents to beating even an older, twice stopped Sergey Kovalev. Is it a guess worth making (Saturday, ESPN+, 12:30 PM EST)? 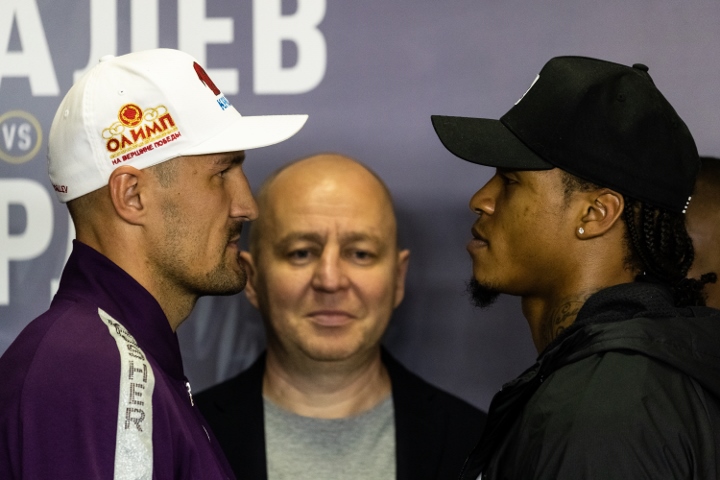 The Case for Kovalev: The Russian battler has his issues outside the ring but inside, when he’s on, he remains a difficult obstacle first and foremost because of his jab. Kovalev’s long left has been one of the most effective weapons in any division this decade. Kovalev has proven vulnerable when opponents get around it, but few have done it consistently. Yarde, who allegedly doesn’t spar, hasn’t seen anything like it in his paid career. The right hand Kovalev brings behind it makes the jab more frightening. He can still crack, able to come over the top of land a nasty uppercut. In his last fight, Yarde was touched often with the jab and right hand of Travis Reeves. If Kovalev can control the distance of the fight, and make Yarde wary of coming forward, Kovalev can send the Russian crowd home happy.

The Case for Yarde: For all his inexperience, Yarde’s quickness might be more impressive than his power. He’s sudden, and there is real snap on his shots. Against Eleider Alvarez the first time, Kovalev built a lead before getting caught. Yarde has the sort of speed to make for moments like that. Does he have the chin or stamina if the fight goes long? We don’t know the answer to either for a fighter who has yet to see an eighth round. If he does, Yarde could be the sort of threat Deontay Wilder was to Tyson Fury where he loses rounds but never stops being a threat. Kovalev has miles on him and can be stopped. Yarde has a serious puncher’s chance.

The Pick: The pressure on Kovalev is two-fold. He’s fighting in Russia as a champion for only the second time and, if he wins, might be staring at a big money date with middleweight king Saul Alvarez. Last time he was home, Kovalev was a little lackluster against Isaac Chilemba in a fight he still won going away. The power of Yarde should help to keep him alert. The challenger might be able to pull this off but there just isn’t any evidence against anything close to Kovalev’s level to suggest he’s ready for this. There are those guessing Yarde on the potential they see. From here, it’s hard to see a solution from Yarde for the jab of Kovalev until proven otherwise. Kovalev is the pick.