Selby: After I Beat Warrington, I Go To Belfast To Beat Frampton

On May 19th, Lee Selby finally gets the chance to put an end with to his rivalry with mandatory challenger Josh Warrington.

Much has been said between the two rivals, and Selby will be eager to shut Warrington up for good. Despite the bad blood, it’s clear the Welshman respects his opponent as a fighter.

“Let’s see what Josh is made of. He’s done everything asked of him so far. He’s picked up my vacated titles and beat a lot of past opponents. To his credit, he’s earned his position as my mandatory and deserves his shot,” admitted the Barry stylist. 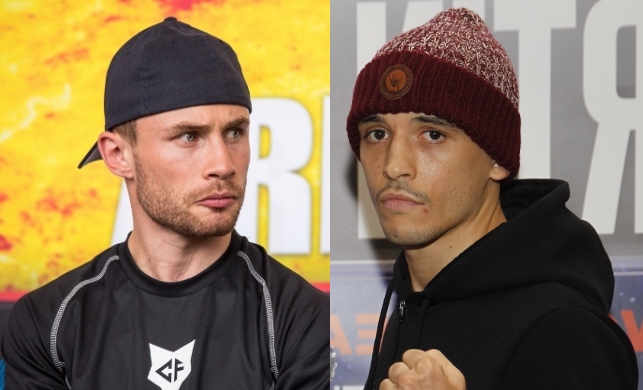 Warrington is known for his come-forward approach, while Selby is more of a slickster. He believes the difference in styles will be in his favour. “If Josh comes out steaming like he’s done in the past that plays into my hands.

“I’ll pick him off like I’ve done with numerous past opponents. If he opts to box on the back foot I definitely can’t see him outboxing me. There’s no way I can see him beating me.”

If ‘Lightning’ Lee retains his crown, he has Carl Frampton, who has just announced a bout with Nonito Donaire, in his sights: “The plan is beat Warrington and then go over to Belfast and beat Frampton too.

“If I beat Frampton then the world is my oyster. This is a huge year for me and by the end of it I’ll prove to everyone that I’m the number one featherweight in the UK!”

Warrington is going to beat up Selby.

bold statement,not as easy to do as it is easy to say

[QUOTE=StefanYHU;18432783]He didn't "choose otherwise"..... he was under the wrath of mcguigan who he has now managed to get away from. Selby wasn't available for April so it will happen in the summer all being well. Frampton in his prime, is…

[QUOTE=Straightener;18432767]They should have fought years ago After he lost to Santa Cruz he was offered a shot at selbys title but chose otherwise Selby has been calling him out for years ... granted selbys career has stalled abit but it…

[QUOTE=StefanYHU;18432200]Bollox on every level!! I've heard heard frampton mention Selby numerous times since he hit featherweight. He wants Selby for a big stadium fight in Belfast and that's a high reward fight. Frampton would have been favoured to beat Selby…