Sauerland: Prograis-Taylor is 50-50 Fight, It's That Close 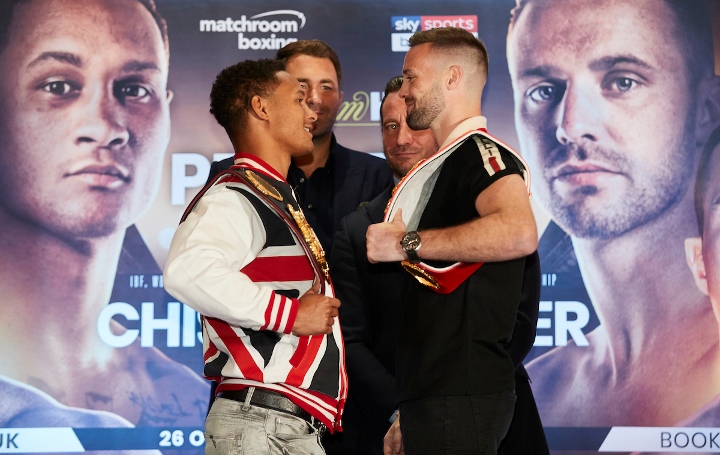 Fight week for the first final of Season II is approaching. How would describe the vibe one week before the fight?

“There is an incredible vibe around this fight. From the fans and from the camps. I think both Prograis and Taylor are desperately trying to get that upper hand mentally which I’m sure will build up to a very intense face-to-face at the weigh-in.”

What can the fans look forward to on fight night?

“The fans are getting two undefeated world champions who have fought their way through other world champions to fight for the Ali Trophy. So it’s truly the best versus best – Prograis-Taylor is the caviar of boxing.”

What kind of a fight can be expected?

“It’s a 50-50 fight between the number one and two in the division. It’s one of those fights that’s got ‘Fight of the Year” written all over it. It’s gonna be fireworks that’s for sure. But who and how he’s gonna win is impossible to say, it is that close.”

How will you describe the styles colliding?

“They are both punchers and huge personalities but there are differences. Josh is a fighter who likes to stand up and fight and go for someone whereas Prograis so far in the tournament has picked his shots from the outside jumping in and out and he’s very slick at doing that.”

What will the atmosphere be like at The O2?

“The O2 is an amazing venue for boxing. My first fight promoted at The O2 was Kessler-Froch II and I remember the noise at the ring walks and during the fight; it was second to none. Prograis-Taylor has the same potential to lift the roof. The unification of two undefeated world champions for a trophy in Muhammad Ali’s honour is not something you’ll have a chance to witness every other day.”

The WBSS Super-Lightweight Ali Trophy Final at The O2 in London on October 26 is shown live via Sky Sports Box Office in the UK and DAZN in the U.S.

Taylor looks to have a good size advantage.

I honestly haven't seem any of their previous fights beyond some highlights but I'm pretty sure Prograis will win. I think it will be a competitive fight though.

[QUOTE=Marvlus Marv;20136319]Dude, they were just mucking about. Prograis was chatting to Josh's girlfriend and his team when they had a bit of fun. Don't get your stars and stripes panties in a twist about it. This game isn't for fairies.[/QUOTE]…

People making out like taylor struggled coming thru this. He hasn't at all. Yes he took punches. It happens. Taylor to win BIG

[QUOTE=1hourRun;20136315][img]https://i.imgur.com/xrWSoIo.gif[/img] I just read a article here at the boxingscene, saying that the 'Tart-Tomato' Joshua Taylor had Regis Prograis in a headlock recently. I think the Tomato Josh Taylor was getting some practice at holding. Taylor knows hes going to…