Saturday's Real Main Event and The Future at Lightweight

It was easy for a long time to wonder if the 135 lb. division could ever get to what seemed the needed final elimination showdown between Vasyl Lomachenko and Mikey Garcia.

For a sliver of time, the two of them split the four major alphabet titles and, when this year began, were clearly the two best lightweights in the world. Even when Garcia was planning what ultimately was a vainglorious attempt to move to welterweight and unseat Errol Spence earlier this year, it was still easy to wonder if the lightweight finish line could still be reached.

Being realistic, it may never have happened under any circumstances. Top Rank and the PBC don’t get together often for big fights. Garcia has been out of the ring for the rest of 2019 after the Spence fight and his return in 2020 isn’t being discussed for the lightweight division.

Feel free to assume it’s yet another what if to add to the pile.

Heading into a new year, the resolution of the lightweight division will have to come from elsewhere. WBA/WBO and Ring Magazine beltholder Lomachenko (14-1, 10 KO) is the consensus leader of the class. There isn’t much dispute about that. There also isn’t much argument to made yet for the Ukrainian impresario having cleaned out 135 lbs.

He’s won three of the four most prominent belts, even if the WBC converted his title into what amounts to an affiliate branding designation and left room for Devin Haney (24-0, 15 KO) to pay them some fees too. This Saturday (ESPN, 9 PM EST), the lone belt missing from Lomachenko’s mantle will be contested in one of the last intriguing fights of the year.

While it is technically the semi-final, feel free to consider it the real main event this weekend. It’s the fight with the most potential for fireworks.

It’s the one where a winner doesn’t feel sure.

32-year old Richard Commey (29-2, 26 KO) attempts the second defense of the vacant IBF belt he won in February against impetuous 22-year old Teofimo Lopez (14-0, 11 KO). The house hopes are pretty clear in this one. Lopez has power, personality, and youth. He’s been very public in the past about wanting Lomachenko.

Lomachenko-Lopez would be an easy sell. 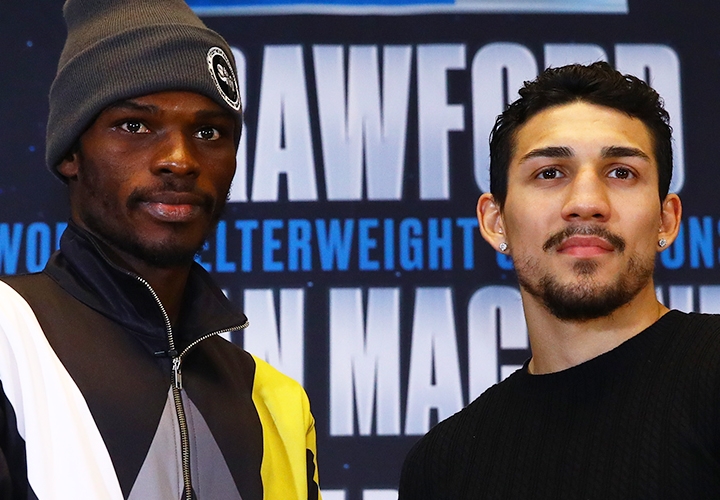 It doesn’t mean it’s the product Saturday will lead to. Top Rank’s track record in fostering potential stars is strong and their matchmaking machine guesses right more than they don’t. The fact of Commey-Lopez is a good sign of their faith in the challenger.

It’s also a good sign there aren’t any easy options for belts at lightweight right now.

Commey has won five straight, four by stoppage, since losing a consecutive pair to Robert Easter and Denis Shifikov in 2016. The former was a breakout performance in defeat, a pitched battle where Easter was forced to come off the floor. Commey is longer, more mature, and more experience than Lopez. While a decade older, Commey hasn’t shown any signs of an aging fighter yet. Instead, his two knockouts this year may have been the best performances of his career.

Lopez might not be ready for this moment. Even if he is, Commey might just be better. Those are the ingredients for damn good boxing.

They are also the ingredients for an interesting year ahead.

Since moving to lightweight to defeat Jorge Linares for a title in his third division, Lomachenko has faced Jose Pedraza, Anthony Crolla, and Luke Campbell. All three were solid professional wins. Pedraza was a unification; Crolla was a former titlist.

No one thought Lomachenko had much chance to lose. He didn’t. Next year could be different. The winner of Commey-Lopez will be an underdog but they’ll bring danger with them. If it’s Commey, it will be in the form of a taller, harder hitting threat whose whole career could be realized in a night. If it’s Lopez, the question of whether a new star could explode to supernova status would fuel a fun promotion.

Lopez would also seemingly be the easier fight to deliver, though Commey’s presence on ESPN this year suggests both fights are there for the making. When the smoke clears, lightweight can then still offer a Haney who will only continue to grow into his own.

Gervonta Davis (22-0, 21 KO) should be the WBA sub-titlist in a couple weeks and 2020 may be the year where he takes his growing ticket selling ability out for a competitive spin. The stardom ceiling raises when the names on the marquee get bigger. Inevitably, Davis is going to want in on the reward that comes with a Lomachenko risk so long as Lomachenko reigns.

While there has been speculation that a Lomachenko who has won all the belts could move back down the scale, it’s not often a by-then 32-year old champion with two years vested in a weight class elects to just abandon ship to lose weight.

It could be a case of an exception to the rule.

Lomachenko will have to get their first.

We need a winner in Commey-Lopez before the question is really worth asking. One step at a time, starting with the real main event this weekend.

Terence Crawford got a nice preview show for this weekend’s fight with Egidijus Kavaliauskas from ESPN but it still doesn’t make the card lead particularly interesting. The 32-year old Crawford has basically lost a year of what appears to be still his prime at an age where he might not have much of it left...Crisis on Infinite Earths is a joy. While Marvel has created the standard for a cinematic comics universe, this televised CW offering has been a more kindred spirit to the way event comics really work, including a sidebar tie-in “issue” of Black Lightning. Superman vs. Superman, a touching flash back to the 1990 Flash show, and a solid cliffhanger make January 14 must-see TV...Vergil Ortiz is back in action Friday on DAZN and if one wants to argue he’s the real best prospect/rising contender in boxing, go right ahead...So this Marriage Story flick is just Kramer vs. Kramer redux, correct? Using Netflix to watch Tiffany Haddish do her impression of a lazy stripper again sounds more productive. That was hilarious...Juan Francisco Estrada hurting his hand to put off a unification Kal Yafai is a bummer but it looks like what might be the last ride of Roman Gonzalez is finally ready to commence. 115 should a division to watch again in 2020.

Will there seriously be people raging on Lomachenko if he does not go up to 140? Or if he moves back down to his more natural division of 130? 135 is his limit. He moved up, challenged himself, and has…

Lomachenko's too small and short for 135. Win, lose or draw vs Commey-Lopez winner, I can see Loma moving back down to 130 and mixing it up with guys like LSC, Valdez, Russell, Frampton, Diaz, Berchelt etc...

[QUOTE=bawarian320;20250070]It's pity that Loma was not gifted with decent reach. 65½ reach basically is cutting his options to move up. It will be very difficlut to get in range with strong guys from 140 taking into account he is small…