In a little more than a week, a monster is coming.

To be more accurate, “The Monster” arrives in the US for the first time. A favorite of hardcore fight fans in the west since early in his career, no one has to wonder how and when they’ll see his latest. 24-year old WBO 115 lb. titlist Naoya Inoue (13-0, 11 KO) will be live on HBO on September 09.

It might be, on paper, the least of the three HBO Jr. bantamweight fights on tap in what might be the best televised card of the year. It also might be the most important. Inoue has a chance against challenger Antonio Nieves (17-1-2, 9 KO) to expand his audience and build demand for the biggest fights available in his division.

And those are some damn good fights.

The 2014 BoxingScene Fighter of the Year, Inoue has already announced his talents in a big way. That year he went 3-0 with three knockouts, stopping Adrian Hernandez for the WBC belt at 108 lbs. in only his sixth fight and decimating veteran Omar Narvaez for the WBO belt he holds now in his eighth.

Despite struggling with injuries since his breakout year, he has continued to win, adding four more knockouts in five starts. Among those knockouts was a sixth round stoppage of former titlist Kohei Kono. Kono had never previously been stopped in almost fifty fights.

If Inoue can put together a showing in line with much of his career to date, the buzz coming out of his stateside debut could be strong. It could also create a unique moment for Japanese boxing.

Japan has a strong boxing tradition. They made a global impression with their first world champion, flyweight Yoshio Shirai, in the 1950s and never looked back. Their greatest fighter, Fighting Harada, won championships at flyweight and bantamweight, defeating the great Pone Kingpetch and Eder Jofre respectively, and probably should have won the featherweight crown as well.

The decision in the first Harada-Johnny Famechon fight is more than a little debatable. 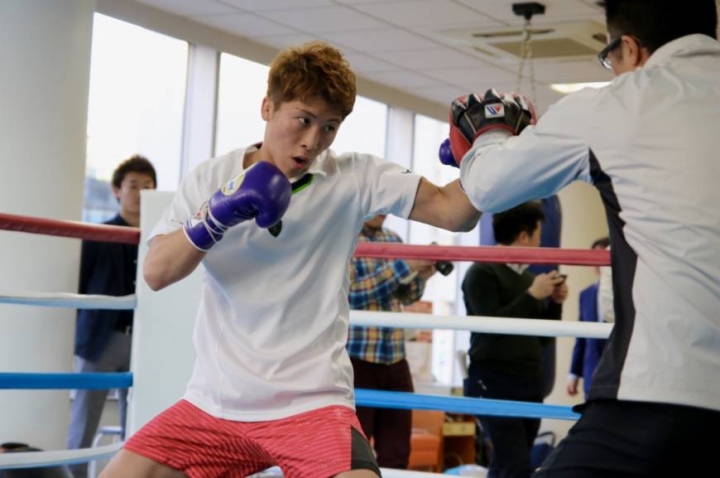 Recently, Yoko Gushiken and Masao Ohba joined Harada in the International Boxing Hall of Fame, both of them after longer than needed waits. They are the tip of the iceberg. Shoji Oguma fought them all in the loaded late 1970s flyweight scene. Jiro Watanabe was a last second bit of politics away from being the undisputed champion at 115 lbs. Hiroki Ioka handed Hall of Famer Myung Wuh Yuh his only career defeat. In recent vintage, Hozumi Hasegawa and Shinsuke Yamanaka built up solid cult followings abroad.

If some of these names are unfamiliar to American readers, that’s not unexpected. The best of Japan in boxing has come mostly below the featherweight line; and, the best fighters from Japan tend to stay either in Japan or at least outside the United States.

The Japanese fighters US fans usually see here often are former champions past their best days or guys like Yoshihiro Kamegai, tough men who make good TV but aren’t elite enough to carve a market at home.

The best of Japan make their money at home and there hasn’t been money in the US, particularly at the lower weights, to change that. At least in this era fans can see fighters like Hasegawa and Yamanaka in their prime. How many US fans got to see Harada in his prime in the 1960s?

There was no YouTube back then; just picture tubes and rabbit ears.

Inoue represents the chance for a Japanese superstar unlike his fore bearers and he arrives in the thick of a wild round robin at 115. While there is already speculation about how long Inoue will stay in his current weight class, one can assume it will be long enough to follow up if he defeats Nieves.

The biggest fight would be against the man who in many ways has made Inoue on US TV possible. Without a lightning rod for the flyweight classes like Roman Gonzalez, HBO may never have come calling. They’ve rarely ventured this low on the scale and Gonzalez needed almost seven years in the title ranks to finally break through.

Without someone with that sort of consistency, are we here? It’s hard to say but it’s attracting the talent and making for memorable fights. Gonzalez will be in the main event next weekend. If he can avenge his first career loss, a controversial decision earlier this year to Srisaket Sor Rungvisai, a showdown with Inoue would be at perhaps its highest demand since it was first dreamed about a few years ago.

If Gonzalez loses, we may find ourselves turning to Inoue-Sor Rungvisai or Inoue against the winner of Carlos Cuadras-Juan Francisco Estrada, another gem on the show next weekend. Cuadras-Estrada is an eliminator for the WBC belt and the winner will be the mandatory for the Sor Rungvisai-Gonzalez II; that could be another direction with Inoue an obvious predator waiting in the wings.

No matter what, after next weekend Inoue won’t be a question of if anymore. He’ll be here, passport stamped, a global presence fully in the mix in one of the most exciting divisions in boxing.

This is a great card except maybe a better opponent for Inoue would've made it better. The eye test on Inoue is that he has KO power, solid skills, and fast hands. His defense is more or less his offense.…

So hyped about this entire card from beginning to end... I hope Inoue fights the winner of either Cuadras vs Estrada or Gonzalez vs Srgisi...whatever his name is!!

[QUOTE=Juicy J;18003038]Looking forward to seeing Inoue in action. I have yet to see any of his fights, i'm curious to see what the hype is about[/QUOTE] Check him out on YouTube, most of his fights are there. Very impressive. He…

Looking forward to seeing Inoue in action. I have yet to see any of his fights, i'm curious to see what the hype is about

More cupcakes for Inoue. My guess is he'll never fight the big boys at 115 and move up to 118 to challenge the weakest of the alphabet belt holders