Santa Cruz: I Wanted Davis Fight Because People Said I Was Scared, Always Getting Tune-Ups

SAN ANTONIO – Leo Santa Cruz got sick of it.

That is his honest explanation for why he was so aggressive about getting Gervonta Davis to fight him. The four-division champion grew tired of boxing fans questioning his heart and criticizing his overall level of opposition after avenging his lone loss to Carl Frampton in January 2017.

Santa Cruz realized no one could condemn him for fighting the dangerous Davis, a bigger, unbeaten knockout artist and emerging star who has won world titles in two weight classes.

“I wanted this fight because most people were saying that I was scared to fight big names, that I was always getting tune-up fights,” Santa Cruz told BoxingScene.com. “Gervonta Davis is a great fighter. He has great skills, great power and who better to pick than Gervonta Davis as a great opponent for me? In this fight, I’m gonna show the world that I’m not scared of nobody and I can fight whoever.” 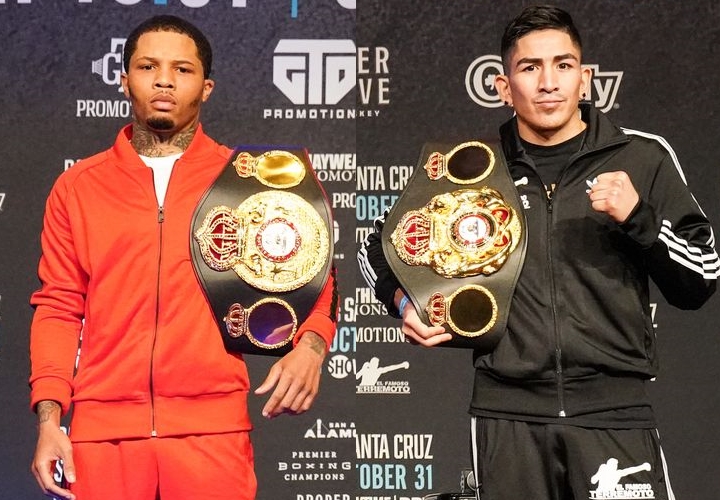 Once Davis accepted Santa Cruz’s challenge and they agreed to contractual terms, detractors turned their ire toward Davis (23-0, 22 KOs). The Baltimore native has been lambasted because consumers want the 25-year-old Davis to fight his contemporaries in the lightweight division, rather than moving back down to the 130-pound limit to face the 32-year-old Santa Cruz (37-1-1, 19 KOs).

Odds-makers have installed Davis as an approximate 7-1 favorite to beat Santa Cruz, who has boxed at the junior lightweight limit only once. They’ll headline Showtime Pay-Per-View’s four-fight telecast Saturday night from Alamodome (9 p.m. ET/6 p.m. PT; $74.99)

“It’s just more motivation for me,” Santa Cruz said. “I get more motivated because I wanna prove them wrong and show them that I have what it takes to go out there and beat him.”

After defeating Frampton in their immediate rematch, Santa Cruz knocked out Chris Avalos (27-8, 20 KOs) in the eighth round and won three consecutive 12-round unanimous decisions against Abner Mares (31-3-1, 15 KOs), Rafael Rivera (27-4-2, 18 KOs, 1 NC) and Miguel Flores (24-3, 12 KOs). The Rosemead, California, resident made his junior lightweight debut when he defeated Flores last November 23 at MGM Grand Garden Arena in Las Vegas.

Davis, however, will pose a much more daunting challenge for the WBA “super” 130-pound champion. The powerful southpaw has knocked out 96 percent of his opponents and has won 14 straight bouts by knockout or technical knockout.

“Tank Davis is a great puncher, he’s a bigger guy and they see me coming up from a lower weight,” Santa Cruz said. “I was at 126 and I moved up to 130, so they see Tank Davis as a bigger guy. I’m just gonna go out there and show them that I’m a great fighter, and I can compete against anybody.”

Yes sir :boxing: the heart of a champion!

This fight is the very reason LSCs handlers steered him away from tough outs in smaller divisions.im kinda rooting for him despite my boxing logic saying davis wins. He has range and he needs leverage to be effective.

[QUOTE=whollisboxing;20847115]Agreed, and he also should have faced Gary Russell Jr. by now since both have been in and around the same division with the same promoter for years. Now don't get me wrong, I don't blame any fighter for getting…

[QUOTE=Dean_Razorback;20847419]you were scared of rigo though[/QUOTE] Nobody was scared of Rigo. His own promoter didn’t want to promote him.

[QUOTE=_original_;20847136]lol Leo keeping it real. I mean, who has he faced besides Frampton and Mares? Not that Tank's bum ass record is any better, but both are the best each have faced.[/QUOTE] Frampton is considerably better (P4P) than Tank in…