Sam Eggington vs. Brandon Rios in Play For Joshua-Povetkin

Boxing Scene understands that Sam Eggington (23-4, 15 KOs) is in line for a slot on the September 22 Anthony Joshua-Alexander Povetkin undercard at Wembley Stadium.

'The Savage' will face American Brandon Rios on the pay per view show, we assume at 154lbs - a weight that comfortably suits the 24-year-old Brit and one he has been campaigning at since losing his European Welterweight title last October against Mohamed Mimoune.

Eggington has a prior assignment to get through on Saturday night, however, in his home city of Birmingham. Tanzanian Hassan Mwakinyo (11-2, 7 KOs) stands in the way of Eggington's high profile scrap against Rios. The ten round contest forms part of the Amir Khan-Samuel Vargas undercard on Sky Sports. 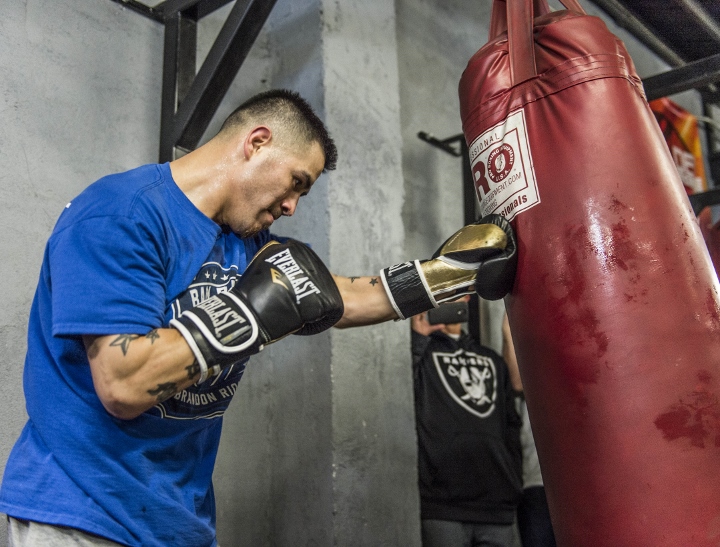 The all action Eggington will likely have too much of an arsenal for Mwakinyo, taking him forward to his first slot on an Anthony Joshua show.

Rios, now 32, and having never fought higher than welterweight is on the home straight of his career thus providing Eggington with an ideal opportunity to boost his C.V. The former world lightweight champion has been involved in some memorable fight of the year contenders, against the likes of Urbano Antillon and Mike Alvarado.

Eggington vs. Rios will be joined on September 22 by Luke Campbell's rematch against Yvan Mendy in a WBC Lightweight title final eliminator, Matty Askin defending his British Cruiserweight title against Lawrence Okolie with more names still to be added to the Joshua-Povetkin bill.

[QUOTE=BigZ44;19075877]Rios must be getting paid GOOD money to go to the UK on a couple weeks notice for a fight at 154[/QUOTE] Hearn doesn't pay minimum wage. Two tickets and a cheap room is his scale. Hearn sweet talks them,…

[QUOTE=New England;19076053]rios isn't going to have a single brain cell left by the time he stops boxing. that guy was dumb as hell to begin with. last time i checked he was still managed by his wife! she wants him…

Another irrelevant fight served by Hearn to British boxing fans who will eat up just about anything... Incredible.