Sam Crossed is known as the ‘Vanilla Gorilla,’ but he would also like to be known for his skills and accomplishments in the ring.

Crossed will face Nick Kisner tonight in a 10-round cruiserweight bout at the Maryland Live Casino in Hanover, Maryland.

Crossed (9-0, 5 KOs), who resides in nearby Greenbelt, has built a significant following in the ‘DMV,’ which includes the District of Columbia, Maryland, and Virginia. He reportedly sold over 250 tickets to family and friends for his fight tonight against Kisner.

“The fan support has been crazy,” Crossed told BoxingScene Thursday morning. “We can’t keep up with the ticket sales.” 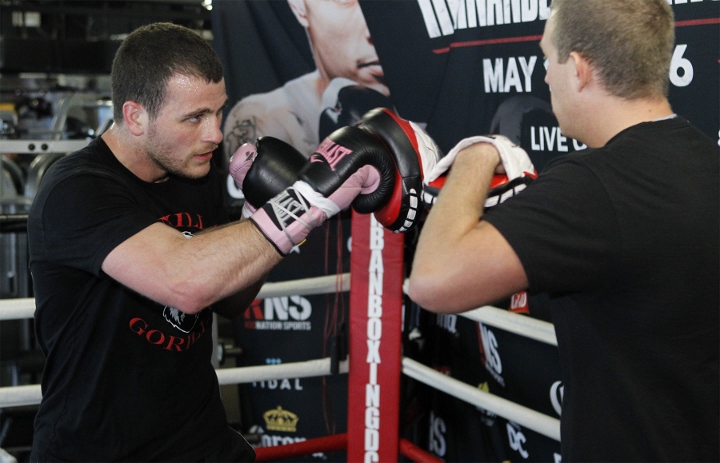 In his last bout on Dec. 14, Crossed defeated Michael Davis by unanimous decision. In his previous fight in December 2018, Crossed overcame a knockdown to defeat Twon Smith by split-decision.

Both victories came after Crossed stopped his previous four opponents.

The 32-year-old will take a significant step-up against Kisner, who has faced the better opposition between the two. Tonight will also mark Crossed’s first 10-round fight of his young career.

His clash against Kisner should be a good assessment as to where he is at as a pro. Crossed also believes the number of times he has sparred Kisner in the past could also play a factor in his favor.

“This is a huge step-up in competition, but I am in great shape and ready to go 10 rounds if need be,” said Crossed, who made his pro debut in December 2015. “But I don’t plan on it taking that long.”

“This is the biggest fight of my carer so far. (Nick and I) have spent a lot of time in the ring together and I know what I need to do to be victorious this Friday.”

Also on the Jeter Promotions card, fringe super middleweight contender Demond Nicholson will square off against 39-year-old Mike Guy (12-4, 5 KOs) of Sacramento in a 10-round bout. Nicholson (22-3-1, 20 KOs) of nearby Laurel has won his last four bouts since losing by knockout to Jesse Hart in April 2018.