Several junior featherweight prospects have remained unbeaten or are close to becoming contenders in a stacked division.

Thomas Ward believes he is one of them.

The unbeaten fighter from the United Kingdom looks to close out 2019 with an impressive victory Friday night as he squares off against Martin Casillas of Mexico at the Caesars Palace in Dubai in the United Arab Emirates. 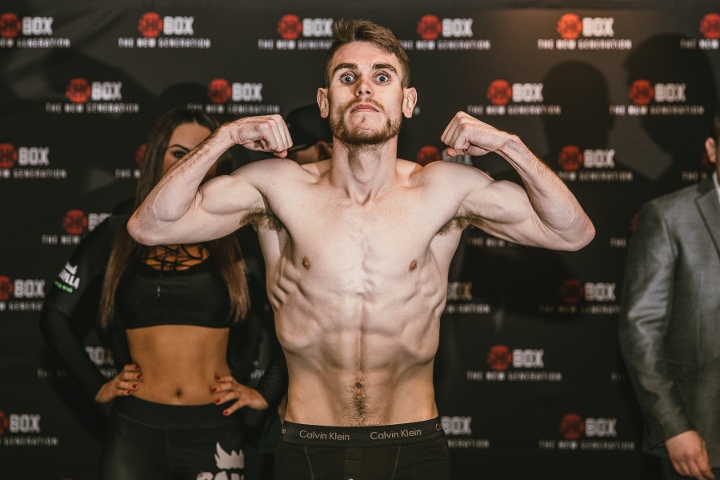 Ward (28-0, 4 knockouts) last fought on Sept. 28, defeating Yesner Talavera by unanimous decision. Followers of boxing in the United States should be familiar with Ward as he fought on a ’ShoBox’ telecast on Feb. 15, dropping Jesse Hernandez en route to a one-sided victory.

“Thomas is one of the most skilled pure pound-for-pound boxers in all of boxing,” Salita told Boxingscene Wednesday afternoon. “(He) is one of the best junior featherweights in the world. He definitely exceeded my expectations. Showtime announcers said that Thomas’ U.S. debut was the most impressive out of any U.K. fighter in recent memory and that includes legends like (Ricky) Hatton and (Joe) Calzaghe.”

Salita hopes Ward can fight in the United States again in 2020. He believes Ward’s style will bring in more fans.

“Thomas is a great, technical fighter that the U.S. fans will enjoy more with each outing.”

Ward, who is managed by MTK Global, has fought twice more after the Hernandez fight, including the victory over Talavera. The 25-year-old Ward is already ranked No. 4 by the WBO.

Salita is confident he can contend for a world title belt in 2020.

“Thomas is ready to fight for a world title today. MTK Global has done a great job in keeping him busy while we work on the possibility of a world title (shot).”

Francisco A. Salazar has written for BoxingScene since September of 2012 and has covered boxing in Southern California and abroad since 2000. Francisco also covers boxing for the Ventura County (Calif.) Star newspaper, RingTV, and FightNights.com. He can be reached by email at [email protected] or on Twitter at FSalazarBoxing