Veteran trainer Ismael Salas describes Felix “El Diamante’ ‘Verdejo as a messy file. The Puerto Rican was looking for a new guide in his corner and met the experienced Cuban professor at his Las Vegas academy.

Verdejo (25-1, 16 KO) returns to the ring this Saturday night, January 18, at the Turning Stone Casino in Verona, New York. He is going to face Mexican boxer Manuel Rojas and end nine months of inactivity, in addition to clearing any doubt about his future in boxing.

“When he arrived in Las Vegas it was like a messy file, with the files scattered over many parts," Salas said to George Ebro. “We have worked to put everything in order, to structure his boxing in the correct way. Verdejo has a lot of talent, but it had to be organized." 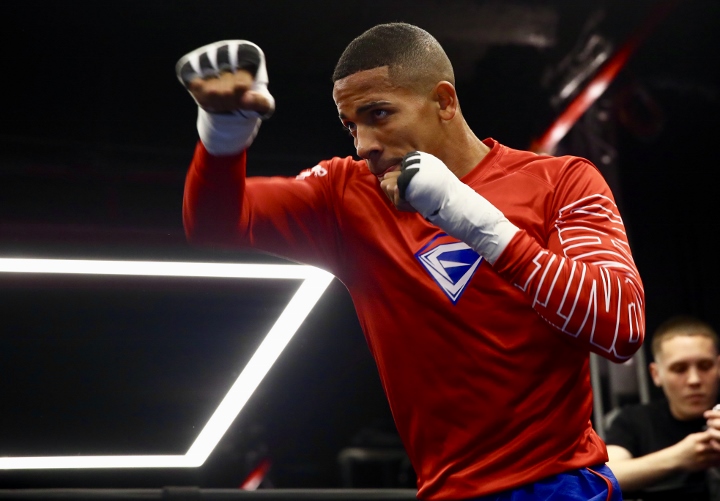 Part of that disorder, according to Salas, is born from injuries to the hands that significantly altered the way in which the Puerto Rican boxer threw his punches in fear of continuing to aggravate his discomforts and they were undermining his confidence at the time of putting together the attacks.

Each time Verdejo tried to throw combinations incorrectly in the sparrings, Sala would stopped the training and start from scratch until he was satisfied with the performance of his new student.

"The important thing is that he has understood the importance of this work and has been willing to listen and understand," added Salas. "I think the camp has been successful and everyone will see a much more focused fighter, committed to himself and ready to return to the elite level."

For this fight, agreed upon at 137 pounds, Verdejo trained next with a stable of Salas boxers that include, among others, the Cubans Yordenis Ugás and Robeisy Ramírez.

"I have no doubt that Verdejo will be that boxer who once had a huge promise," said the Cuban coach. “The most important thing is that he is now healthy and happy. He enjoys the ring again and his work ethic is excellent. Puerto Rico will have a champion in him."

Dallas, TX USA born Manuel Ray Rojas is the one I am definitely watching out for, to defeat Felix in NY state this January 18th, 2020. Watch it on regular ESPN and online. It says in the article that Manual…