Ryder: To Beat Smith To Canelo Fight Would Be Karma, Justice!

John Ryder would love to get even with his domestic rival Callum Smith - by securing a potential September fight with Mexican superstar Canelo Alvarez.

In November of last year, Ryder lost a controversial twelve round unanimous decision to Smith, who holds the WBA's super middleweight crown.

Canelo was also in action that month, when he jumped up by two weight divisions to score a knockout of Sergey Kovalev for the WBO light heavyweight title. 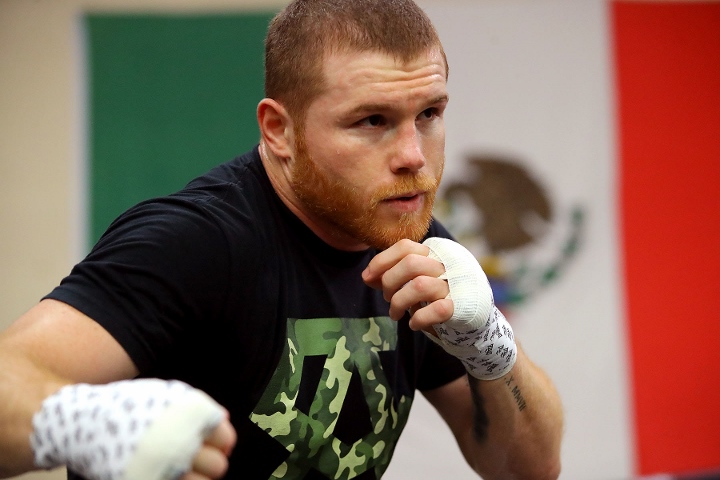 Now Canelo is hunting for a fall opponent at super middleweight - with Smith and Ryder being among the fighters in the running to get that slot.

Securing a fight with Canelo, for Ryder, would be a measure of revenge against Smith.

“I think if this fight comes off then that’s justice, that’s karma, that’s all served at once,” Ryder told Mirror Fighting.

“With the coronavirus coming about, it’s worked in my favour because this Canelo fight is being spoken about, but even if it doesn’t come off for me or Callum then the potential for the rematch is huge as well.

“If travel restrictions aren’t getting lifted any time soon then surely it gives me the green light for the rematch as well. If it’s not a huge fight with Canelo that I get, then surely it should be the rematch with Callum Smith.”

Ryder admits he was overwhelmed with the tremendous amount of support he received in the aftermath of the loss against Smith.

“It was heartwarming really, I got an unbelievable response,” Ryder said.

“Obviously you get a few that say I didn’t win it, but the majority think I won the fight and should be world champion. It is nice, but at the same time it’s frustrating because you think, ‘if so many people are seeing it this way, why am I not sitting with those belts around my waist? Why am I not world champion?’

“It’s not to sit and harp on it, I’ve just got to push on, try and right the wrong and hopefully now I’ll get the chance to do that either with a shot at Canelo or a rematch with Callum Smith.”

[QUOTE=Squ□redCircle34;20656377]Ryder’s one of those guys that fights to the level of his competition which is why I feel the Canelo fight would be a good one! Smith I feel would be meeting his worst style match up in Canelo! A…

[QUOTE=Jab jab boom;20656389]well aside from press row, lennox Lewis, Daniel Jacobs, Paulie Malignaggi, teddy atlas, are all examples of people who had ggg winning the rematch. Moot point either way. I think Canelo beats Ryder, likely by lopsided decision. I'd…

[QUOTE=Squ□redCircle34;20656367]Fair enough we have to agree to disagree! I don’t need “press row” to let me know who won the fight when most of those guys probably never even stepped in a gym in their life, let alone spar someone!…

[QUOTE=Citizen Koba;20656254]Well Ryder was with Hearn too, but it just seems that John's one of those dudes who just doesn't seem to get the luck or the favour of the judges despite being one of the real nice guys of…

[QUOTE=Mexican Bidness;20656226]They mad cause Salido whooped on Loma that they discredit Ryder’s inside game against Smith.[/QUOTE] Lol I still remember Loma fans saying the Salido lost doesn’t count cuz Salido was fighting dirty yet some of these same Loma fans…