151-6-7 - that's the staggering combined record of Ryan Walsh's last ten opponents, six of whom were undefeated. Without going through the entirety of Boxrec, I doubt anyone has been in with that high-level of competition so consistently. The British featherweight champion, reigning since 2015, embraces the challenge of facing the best that he possibly can.

"That does sound good, don't it (laughs)? You get the best out of me when I'm fighting better fighters," the thirty-three year-old told me. "The undefeated fighters are the best because they don't know what it's like to lose. That monkey's off my back (first loss), people think it's the end of the world. It does affect your earning power, definitely. The losses, business-wise, it's not great. All of a sudden, a promoter can tell you you're worth at least one '0' less."

Just prior to the current global pandemic bringing the entire sporting world to a standstill, Walsh was seemingly hitting his peak. He had just beaten Tyrone McCullagh in the semi-finals of the MTK Golden Contract tournament. He had to be patient as McCullagh danced and moved on the outside, but eventually wore out the awkward and elusive southpaw, inflicting his first loss.

"I could see why he's won nine amateur national titles. We should've known when he come with trainers on," he said with a chuckle. "He was moving and he was awkward. The toughness and resilience he did show; I can only tip my hat to him because that's fitness that kept him in that fight. I really wanted that (stoppage) bonus." 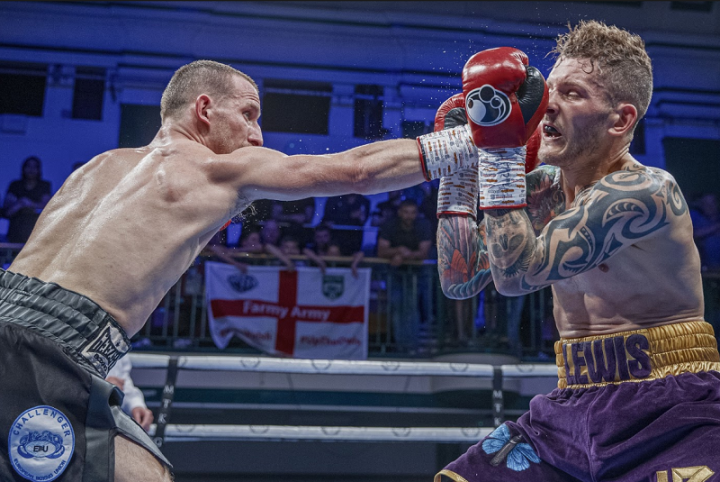 Last year, Walsh's Golden Contract quarter-final victory was against another impressive boxer. Hairon Socarras was an undefeated Cuban who entered the tournament with a lot of hype. He was stopped in the ninth round and the knockout bonus that MTK Global offer as an incentive was used to take his family to Disneyland.

Waiting in the Golden Contract final is Liverpool's Jazza Dickens. After their respective semi-finals wins, Walsh and Dickens were pictured in the ring smiling and posing for the cameras.

Walsh is ranked within the top-five by the IBO and WBO, whilst Dickens is top-five with the IBF and it's widely expected that the victor will earn a deserved shot at a world championship.

"The best thing you can hope for as a fighter, if you really are a true fighter, is that you get to fight the best there are. That's one of my goals; fighting the best available people. I think Shakur (Stevenson, WBO champion) is very, very good. I think this is the time to fight him; he's huge at the weight and he won't be there long. It's a stacked division right now and what a good time to be a featherweight."

Trained by Graham Everett in the city of Norwich in Eastern England, the 26-2-2 featherweight spends a lot of time training in Tenerife. There, he can strip away all the distractions during what he refers to as his 'jail' and concentrate on the job at hand.

"When I come out of jail after I've fought, regardless of the result, you come out of it and you enjoy the luxuries that you've got," he explained.

The current 'lockdown' conditions across Britain aren't fazing Walsh and his immensely positive attitude to life keeps him motivated.

"It's quite a selfish life, boxing. I've realised that because I've got a family. We're in isolation; we don't really mix with friends. Every boxer who's doing it similar to us will feel that not much has changed because we don't really get to associate with our friends. The biggest change is, after a good session and a hard week; you're looking forward to boxing on the weekend to watch and football to watch. But we haven't got any of that. Personally, I'm well used to it."

The road that Walsh is paving for himself isn't driven by money. He became a fighter because he loves to fight and wants to be the best he can possibly be. I was surprised to hear how low his highest pay day as a prize fighter was. It's scant reward for someone so dedicated to his craft and who has been a domestic champion for five years.

"My goal wasn't to come into boxing to become a millionaire," he admitted. "My goal was to be the best fighter I can be and somewhere along the line - win a world title."

"I tell everybody now: dreams are for when your eyes are closed. A mission is for when you're awake and making it possible. I don't dream anymore. I've got a goal and a mission."

Someone whose family name contains the word "dick" should be nicknamed "Jizza" Dickens.