Ryan Walsh is one of four men remaining in the #GoldenContract featherweight tournament, and he’s made his thoughts perfectly clear on his rivals. 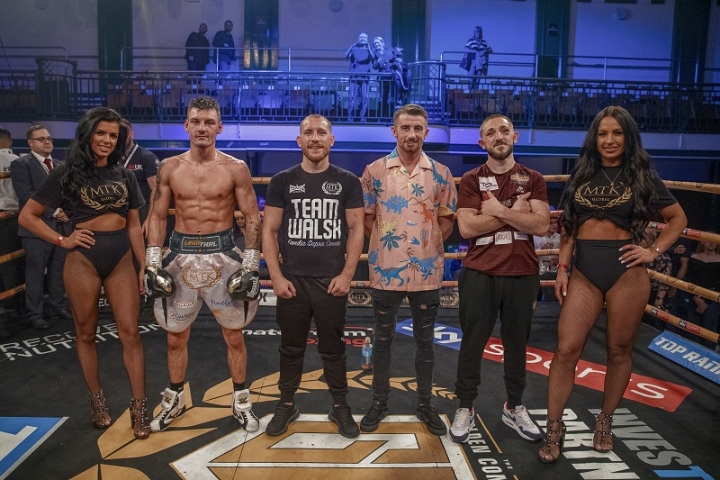 British champion Walsh (25-2-2, 12 KOs) overcame previously unbeaten Hairon Socarras in his quarter-final, and with one tricky opponent out of the way, the Norfolk boxer is expecting another difficult encounter.

Walsh said: “It’s a very good and competitive lineup in the tournament, and I’m pretty sure all of the favourites won their quarter-final fights. All three of them are tough in different ways.

“Not one of them will be a easy win fight, especially as I expect them all to improve on their previous performances too, but I’m confident.

“I’m really excited for the semi-finals. I’m a big fan of this new concept and it’s great for British boxing. It’s been very good to know from the start when the semi-finals would be, so it’s been a very professional set-up by MTK Global and they have my utmost respect.

“I was happy with my performance in the quarter-final, and the one time I’ve watched it back it’s clear for all to see how well I boxed.”

A massive card at York Hall next month also includes up and coming stars Elliot Whale and Inder Bassi Singh, along with debutants Burim Ahmeti and William Hamilton.

This tournament is one of my highlight of 2019. Featherweights was my favourite class too.