Ryan Martin Promises To Be More Aggressive With Josh Taylor

As Ryan 'Blue Chip' Martin takes on Josh Taylor in the quarterfinals of the World Boxing Super Series in Glasgow, Scotland this Saturday, he understand that being on enemy turf, the last thing he can be is passive if he has any hope off pulling off the upset.

"This fight I think I'm a little more aggressive than normal but under control, using my speed, being more intelligent this fight," said Martin, who did view Taylor's last bout versus Viktor Postol with interest.

"It was a good fight [he had with Postol], it was a very good fight, I thought it was a very close fight. Josh showed a lot of heart, Viktor did, too and I took a lot from that fight and I'm going to use the mistakes I saw in that fight to my advantage." 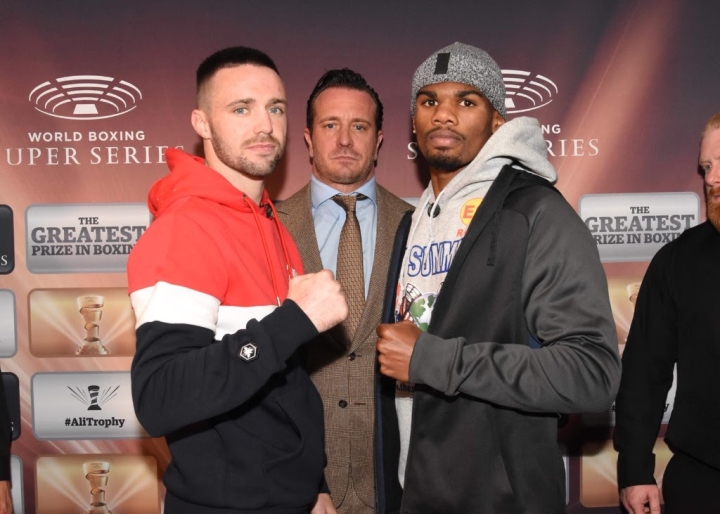 This will be Martin's third bout at 140 and he believes he has become a much more effective fighter without having to strain to make the lightweight level as he had in the past.

"I feel very comfortable, actually, having that extra five pounds," said Martin (22-0, 12 KO's) on Wednesday, while in Scotland, "knowing that I don't have to lose it, I feel a lot better. I can eat a little more during fight week."

The talented Taylor (13-0, 11 KO's) is considered the favorite in this 140-pound scrum but Martin remains undaunted.

He stated with confidence - "Hopefully it doesn't go 12 rounds but I'm prepared to go 12 rounds. Like I said, I'm going to be a little bit more aggressive than normal but very under control and we're going to see the best Ryan anybody has seen come Saturday night."

[QUOTE=jikeccfc;19239773]Britain worst place in world now to get a result ryan needs a knock out Britain the new Germany for swindled score cards[/QUOTE] Really? I can see your point with Burns' win over Relikh, but that's about it. That was…