Top Rank is proud to announce the signing of former unified bantamweight world champion Ryan Burnett to a multi-fight promotional pact in what is the latest collaboration between Top Rank and Burnett’s management group, MTK Global.

Burnett (19-1, 9 KOs) will make his ring return May 17 against Jelbirt Gomera in a 12-rounder for the vacant WBC International super bantamweight title in his hometown of Belfast, Northern Ireland. Burnett vs. Gomera will headline a card that will stream live and exclusively in the United States on ESPN+.

Burnett plans on campaigning as a super bantamweight moving forward and has his sights set on becoming a two-division world champion before the end of the year. 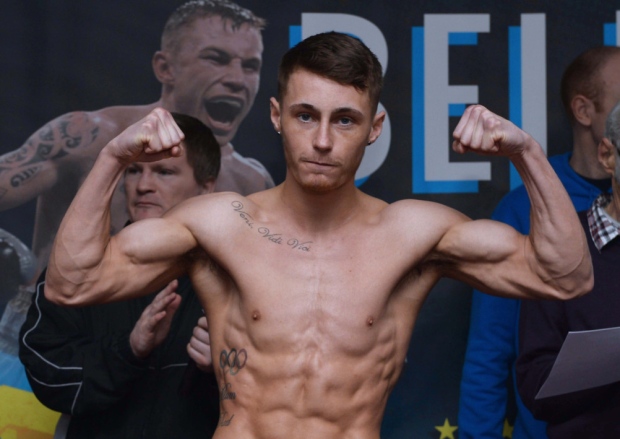 "It is a dream come true to sign with Top Rank,” Burnett said. “I've spent years learning and perfecting my craft, becoming world champion and then unified world champion. On May 17, I begin my quest to become world champion again. Teaming up with the biggest players in the game in Top Rank, ESPN and MTK Global will only strengthen my drive and determination to achieve this.

“With these guys behind me, there's only one way ahead for me, and that's straight to the top."

“We’re proud and excited to be part of another huge deal involving Top Rank and ESPN, and this is something Ryan deserves,” said Jamie Conlan, Professional Development Manager, MTK Global. “As the boxing world already knows, Ryan has a special night upcoming when he headlines an #MTKFightNight in his home city of Belfast, live on ESPN+ on May 17. It’s great the partnership won’t stop there. As someone who’s already unified a division, we believe we’re talking about an elite fighter, and elite fighters should fight on elite platforms. This agreement ensures that happens, and once again, MTK Global are delighted to play our role.”

Said Adam Booth, Burnett’s trainer/manager: “I am relieved and excited that on May 17 Ryan will start his journey back to being world champion. It was essential for us to look at the options and which relationships would maximize the opportunity for him to achieve this. That’s why Ryan is now working with Top Rank, MTK Global and ESPN.”

Burnett’s world championship run ended last November under freakish circumstances against four-division champion Nonito Donaire, when he suffered a torn oblique while throwing a right hand and was forced to retire on his stool following the fourth round.

[QUOTE=THEFRESHBRAWLER;19701982]Because he lies to his fighters according to Carl Frampton [/QUOTE] ***** me you're dumb, you will literally believe anything. He said it in order to promote a fight. The irony of that quote is that…

[QUOTE=DuckAdonis;19701960]....? Why? So Tete and Burnett can have their little unification together on ESPN, assuming that Tete is back with Warren, While avoiding the winner of the WBSS?[/QUOTE] Donaire smashed Burnett and took his strap. ''little'' as in a sub…

[QUOTE=Eff Pandas;19701976]Did he leave Matchroom or did Matchroom just not resign him? I noticed him on some random ass show recently & was wondering why he wasn't on a Matchroom card.[/QUOTE] No idea. I guess he left. I can't see…

[QUOTE=EasternEuroFan;19701944]I wonder why he left Hearn. Seemed he was doing pretty well, won world titles, Hearn got him good fights and sold out big shows in Belfast. Seems like MTK have pretty close ties with Top Rank though. Not a…