Belgian Ryad Merhy conquered the vacant interim cruiserweight title of the World Boxing Association (WBA), by securing a knockout victory in the seventh round over previously undefeated Hungarian contender Imre Szello, in the main event of a card that took place on Saturday, at the Spiroudome Arena, in Charleroi, Belgium.

Merhy sent Szello to the canvas at the end of the sixth round, then sent him twice more in the seventh, before the referee stopped the fight at 2:10 minutes of the round.

Merhy became the first Belgian interim world champion in the WBA at cruiserweight, as the current "regular" champion in the division is Khazakh Beibut Shumenov, who took the title before being injured.

"There are too many emotions, it is a result and a vengeance, I fought for everyone today, I tried to press and we saw a magnificent fight. It's just the beginning," Merhy said after his fight. 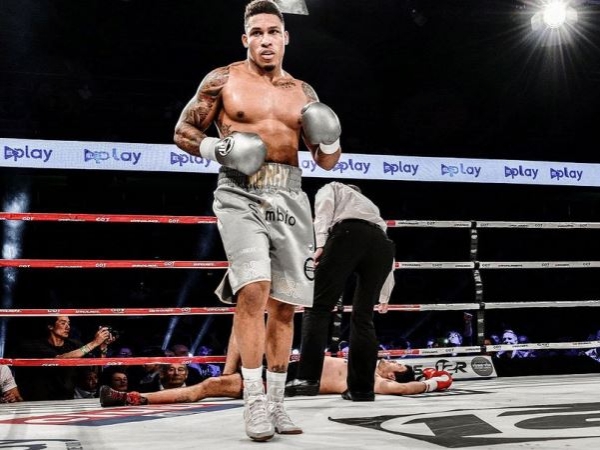 Merhy had suffered his only defeat in his first world championship fight, on March 24, 2018, at the Palais des Sports in Marseille, against Frenchman Arsen Goulamirian. The latter has conquered the "super" championship belt of the WBA.

Now Merhy could again challenge Goulamirian, this time for the title of "super" champio, or, more likely, point to the title of the WBC (World Boxing Council), which is currently vacant.

Alain Vanackere, the organizer of Saturday's Gala at the Charleroi Dome, and Merhy's manager, will have to move his cards to get the best options for the fighter.

With this victory, Merhy raised his record to 29-1, with 24 knockouts, while Szello left his record in 24-1, with 16 knockouts.

WBA is complete joke, have 3 "champs" at cruiserweight.

Haymon should sign this guy so he can get another WBA paper champ in his stable.

[QUOTE=VislorTurlough;20134443]Thanks WBA for having 306 champions in 17 weight classes[/QUOTE] Exactly! All 4 major alphabet organizations are a joke but WBA is definitely the worst!

Thanks WBA for having 306 champions in 17 weight classes