Ruiz: I'll Weigh In The Same I Did For First Joshua Fight

A lot has been made this week about a seemingly slimmer Anthony Joshua as the former heavyweight champion completes preparation for his rematch against Andy Ruiz Jr.

The 6-feet-6 Joshua weighed in at 247¾ pounds for his stunning technical-knockout loss to Ruiz on June 1 at New York’s famed Madison Square Garden. Among the adjustments Joshua made during this training camp apparently is to come into their rematch lighter than that, so that he can deal better with Ruiz’s speed.

Ruiz doesn’t think weight loss will help Joshua when they square off again Saturday night in Diriyah, Saudi Arabia. There also has been speculation that Ruiz will weigh less for their second bout, but Ruiz told BoxingScene.com following an open workout Tuesday in Riyadh that he’ll step on the scale Friday at about the same weight he was when he weighed in May 31 in New York. 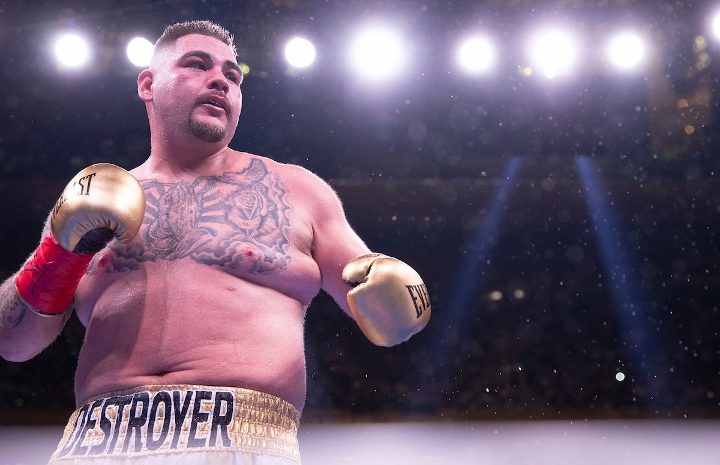 The 6-feet-2 Ruiz officially weighed 268 pounds for his seventh-round stoppage of Joshua six months ago. The Imperial, California, native was six pounds heavier than he weighed for his previous bout six weeks earlier, yet nowhere near the career-high 297½ pounds he weighed for his pro debut in March 2009.

Dressed in a tee shirt and sweatpants Tuesday, the chubby champion’s frame seemed similar to how he appeared before their first fight.

Somebody didn’t look at the weighing scales, did they!

[QUOTE=Weebler I;20232394]He did seem to have lost weight a couple of months ago, but a lot of people were telling him to keep the weight on (e.g. Roach, Tyson) so maybe he stopped losing. Or maybe he's just one of…

I don't think weight is that much of a factor for Ruiz, it's more for AJ.

Ruiz had a longer camp than.last time. How come he's so big again?