Spanish super lightweight Ruben Nieto (18-1) has relinquished the EBU title he won by beating Lenny Daws in December of last year. A rematch was ordered but never got off the ground and Nieto defended the title in July against Nicolas Gonzales in an all Spanish matchup.

Next up for Nieto is a fight against Venezuelan Ernesto Espana October 15 at a site to be announced in Spain with the IBF International title at stake.

As for who Lenny Daws, still the official challenger, will fight for the EBU  belt - it  appears that both # 1 and 2 in the ratings, Viktor Postol and Kirll Relikh, are not available which could give Sweden´s Anthony "Can You Dig It" Yigit the chance. 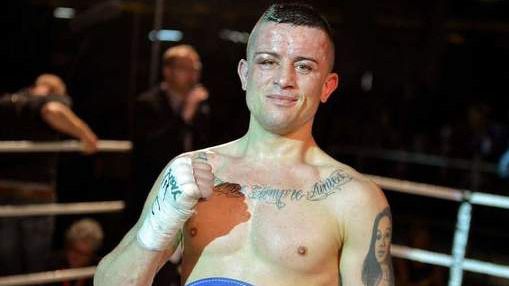 Petko´s LMS Box Promotion have a TV deal with SKY and stage the next show on November 5 in Unterschleissheim / Munich (Germany). On the bill is super middleweight Yavni Yilderim (13-0) vs Canadian Schiller Hyppolite (21-1) in a co-promotion with Arena Box Promotion.

In other action light heavyweight Toni Kraft (9-0) defends the WBC Youth title against Abdallah Paziwapazi from Tanzania and WBO female middleweight champ Christina Hammer will defend her title and also go for the WBC belt but against who isn´t announced yet.