Ruben Guerrero Sees Garcia vs. Porter as a 50-50 Fight

BoxingScene.com recently caught up with veteran trainer Ruben Guerrero who is best known for training his son Robert Guerrero who was a multi-division champion.

Guerrero started his career as a super bantamweight and won his first title at 126 pounds and would go on to win his last title (the WBC interim welterweight title) at 147 pounds.

His father was in his corner his whole career and even though his son decided to hang up his gloves after his knockout loss to Omar Figueroa in 2017, Ruben still is in heavily involved in the sport having recently trained Oscar Escandon and is currently working with unbeaten featherweight prospect Efren "Chico" Lopez. 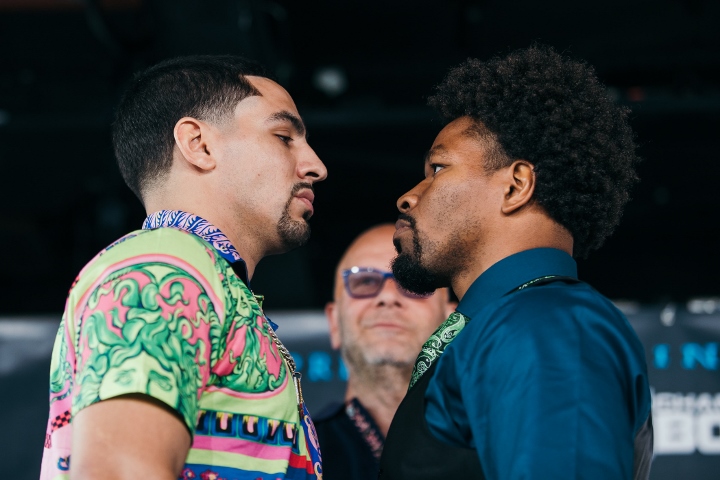 "Chico is a good up and coming fighter.  He is from Fresno and is just 22 years old. He is going to keep getting better," said the elder Guerrero about Lopez and continuing to work as a trainer.

"It is great man. It keeps me busy. I just love the sport and it keeps me in the game. I love it."

Before Robert decided to retire, both he and his father were very vocal about their desire to face former two-division champion Danny Garcia in a rematch of their 2016 fight. The fight was action packed and Garcia won by the scores of 116-112 but both Robert and Ruben felt that they had done enough to win.

The rematch never materialized but Garcia has a highly anticipated fight coming up for the vacant WBC welterweight title against Shawn Porter.  The bout takes place at the Barclays Center on September 8th and will be televised by Showtime.

Guerrero believes that it will be one of the best fights of the year and cannot pick a winner.

[QUOTE=Deep On It;19018374]Welterweight is a weak division. Bum division? Spence, crawford and Thurman? Do you really watch boxing????????

I agree and can't wait for this fight..I think Danny cause he gonna be so hungry for the win in this fight will take more risk..Porter always brings it so no worries there..This fight is gonna be dope..

Welterweight is a weak division. These 2 are ****ing BUMS Can't wait for the REAL prospects to take over this bum division and bring it back to like- Kavaliauskas, Stanionis, Besputin, Butaev, Kelly, Golub, Lubkovich, etc.

..who gives a flying fcuk what he thinks...fcuking turd.