Trainer and advisor Andre Rozier have been an integral part of the success New York Boxing has seen in the past three decades, both on an amateur and professional level.

Rozier not only guided multiple Golden Gloves and National Champions in the amateur code whilst being part of the United States national team setup during a time that Andre Ward was dominant prior to his Olympic Gold in Athens in 2004.

With 8 world champions under his belt as a professional and potentially two more in the coming weeks, Rozier’s ever-expanding Havoc brand announced a link-up with world management leaders MTK Global, with the pair working in unison to develop and promote talent to their maximum potential. 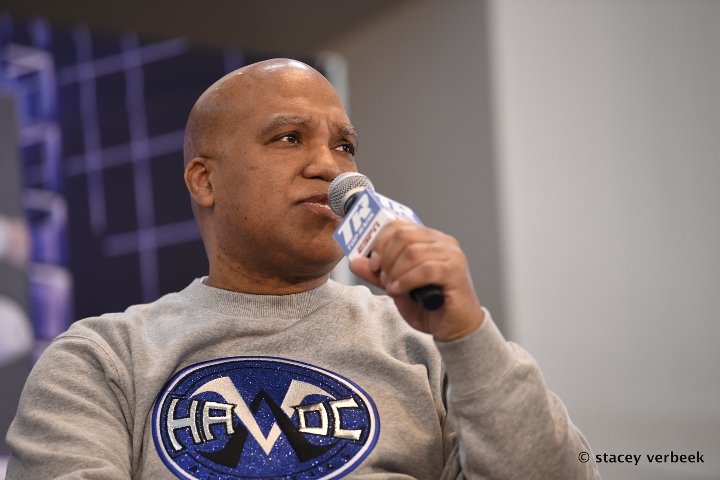 Rozier said, “I am delighted that we got the deal was done which sees MTK Global and ourselves at Havoc link up together in a partnership that is designed to develop talent and provide opportunities to athletes in order to get them to reach their potentials respectively.

“I was introduced to MTK Global by my boxing ops and media director Chris Glover who couldn’t have spoken more highly of them. We connected with MTK Global VP Jamie Conlan and it has been smooth sailing ever since. We all see boxing in extremely similar lights and our directives towards the progression of athletes are extremely similar. Essentially we want what’s best for the fighters, and that is why to think the partnership has come to fruition.

“I’m very excited to see the Havoc talent that includes the likes of WSB representatives Romarick Ngolu, Brandon Lynch, national champions such as Dani Plata, Golden Gloves Champions Giovanni Scuderi, and Alex Vargas, WBC regional champion Peter Dobson and many more. These are just a few of the excellent talents that are making their way through the ranks and I believe will be coming to a television screen near you in the near future thanks to this fantastic partnership.”

Rozier’s imminent business involves two of his charges contesting world titles, with Sergiy Derevyanchenko and Duke Micah zoned in on the challenges of Jermall Charlo and John Riel Casimero respectively.

Rozier gave his take on the pairs chances on September 26 at the Mohegan Sun Resort live on Showtime PPV.

The Brooklyn native said, “Things are wonderful right now. We have Duke Micah ready to shock the world against Casimero. Casimero is a great fighter and I’ve been studying him, but I believe we have developed a game plan that will ultimately see Duke emerge victoriously.

“Sergiy is making his third attempt at the world title. You could argue that he won his first two attempts but were not taking any chances on this one. We are coming to stop the show and take it out of the judges hands, and I firmly believe that Team Havoc will have two new world champions on September 26.”