In the main event, undefeated rising prospect Keith Hunter will face talented Sanjarbek Rakhmanov in a rematch in a 10-round super lightweight bout. 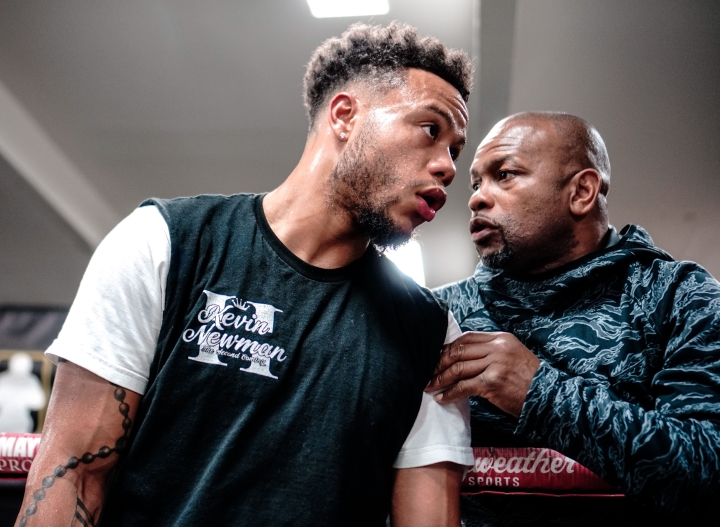 “Avenging the only loss of his career says a lot about Kevin Newman,” said the former four-division world champion and expert boxing commentator Jones, who serves as one of Newman’s trainers and mentors. “He’s not afraid of nothing or nobody and he wants to go and do his thing the right way. He wants to makes sure there’s no blemishes on his record. The loss, if you go back and avenge that loss, then that’s no blemish. You lost but you went back and beat him. You proved that it was just a bad night.

Jones continued: “He cares about what people think about him. He cares about his own career because he wants to keep it clean, and he did that. A great winner has to be a great loser. He was a great loser by coming back and proving exactly what he said was wrong. He said, ‘I’m not making any excuses, he got me, but he won’t get me again. When I get prepared, I’m going to go back and do it the right way.’ And that’s exactly what he did. That’s how you’re supposed to lose gracefully.

But I have yet to see many great fighters mentor others very well; Derrick Gainer was good he just couldn’t or didn’t like to take it well plus he fought some top dogs in Chris John and Hall of Famer…

I remember him as average TMT fighter

If Roy is vouching for him.. I'll definitely check him out!