PHILADELPHIA – The complimentary words Julian Williams spoke Thursday about Jeison Rosario all were translated into Spanish for the Dominican contender.

Rosario doesn’t believe Williams meant any of it. Williams’ unknown challenger thinks that the heavily favored Williams considers him an “easy fight,” someone he’ll handle easily in his hometown title defense Saturday night.

That’s among the things that have motivated Rosario as he prepared for their 12-round, 154-pound championship match at Temple University’s Liacouras Center.

“He says that I’m a great fighter, that I have a great chance to win and all that,” Rosario told BoxingScene.com through a translator following their press conference at Liacouras Center. “But he doesn’t mean it. In his heart and in his brain, he thinks that I’m an easy fight. And that will be the difference in the fight.” 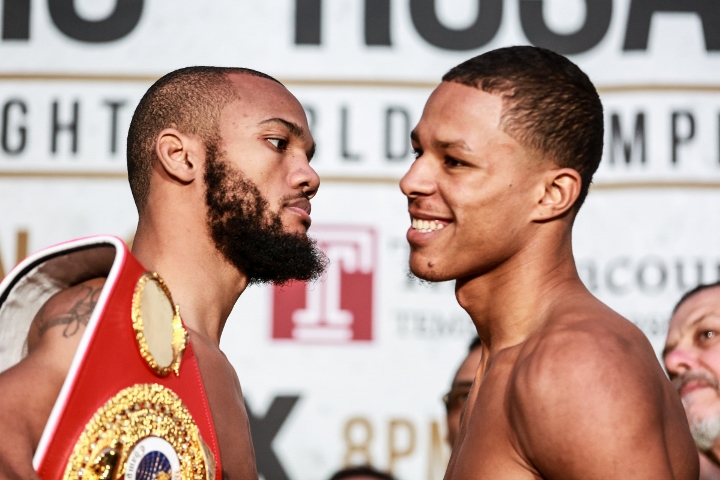 Rosario is convinced Williams views him as the same inferior fighter Nathaniel Gallimore stopped in the sixth round of their April 2017 bout in Las Vegas. Gallimore (21-4-1, 17 KOs) later lost a 12-round majority decision to Williams, who seemingly won their bout convincingly in April 2018, also in Las Vegas.

“The whole time he’s been kissing my ass and saying how great I am,” Rosario said of Williams. “But mentally and in his heart, he feels like it’s an easy fight. I know that because he chose the fight, but he chose the wrong fight.”

Williams wasn’t surprised Rosario made such claims as they move toward a fight for the IBF, IBO and WBA titles Williams won from Jarrett Hurd eight months ago in Fairfax, Virginia.

Feels like Williams is the decent fighter in this one. The arena is half empty and it’s his homecoming title defense. People are coming in but there are 2 upper rows still totally empty. A bunch of seats in the…

Rosario is better and tougher than people think. Just wish he used his jab more because I don’t see how he can keep a swarming Williams away.