Welterweight Eduard Skavinskiy (11-0, 7 KOs) was unable to find his mark early on but finally got to Tanzanian Idd Pialari (26-4-1, 19 KOs) to finish him off on a barrage of unanswered blows in the fifth stanza. Pialari was partially competitive before that but too brave for his own good. He protested the stoppage as well.

Lashko, 19, moved well in early rounds, utilizing his superior height and reach to keep stockier Turgumbekov, 24, at bay. The Kyrgyz boxer did better in mid rounds, and he almost crushed Lashko in the fifth. He was also better after the mid-point, outboxing Lashko for the unanimous decision: 98-92, 97-93, 96-94 - for Turgumbekov. 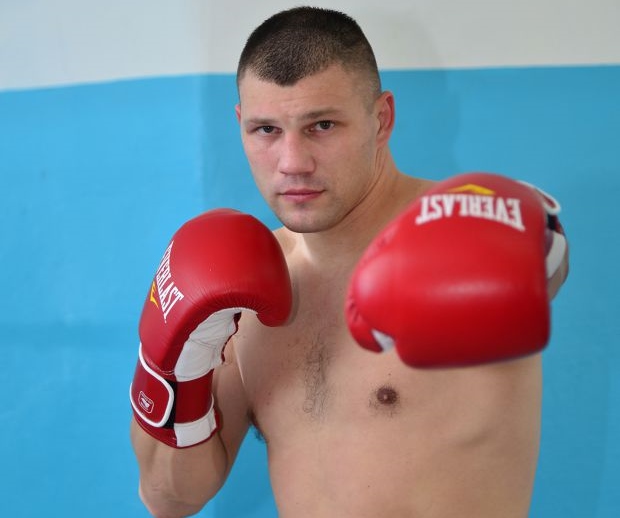 A couple of minor upsets occurred in connection with local debutants. Welterweight Grigoriy Varasyan was outpointed over four by upset-minded journeyman Alexey Tukhtarov (4-14-5, 3 KOs). It was a majority decision, and BoxingScene had it 39-37 - for Tukhtarov.

——————————————
In a battle of two middleweights, Russian Arthur Osipov suffered his second consecutive defeat, being outpointed unanimously in ten by rising Kazakhstani prospect Meiirim Nursultanov. No scores were announced.

Osipov, who lost on a close call to Evgueny Terentiev in March, was a relatively late addition to the card. He was unable to get going early on, while Nursultanov (12-0, 8 KOs) used his superior reflexes to touch Osipov and not to be touched by him in return.

The crucial moment happened in the fifth, when the Kazakh dropped Osipov with an overhand left hook to the chin. Osipov (15-2, 10 KOs) survived and even looked stronger in the closing rounds but it was too late and, surely, too late.

Georgian welterweight Enrico Gogokhia (11-0, 6 KOs) made a short work of Netherlands-based Armenian Rafael Haratyunyan (12-3, 7 KOs). Gogokhia, a talented kickboxer in his past landed a picturesque left jab / right hook combo to end matters at 0:39 of the second round. Haratyunyan got up but was too dazed to continue fighting.

WBA #5 Kyrgyz Akzhol Sulaymanbek Uulu (15-0, 8 KOs) retained his WBA Asia super featherweight title, destroying aging and overmatched Venezuelan Milner Marcano (19-8, 15 KOs) in two. Sulaymanbek dropped Marcano with a head shot in the first and ended matters late during the next round, delivering a painful body blow, which had Marcano down and out at 2:32.

Romanov - Hrgovic would be nice.

When is Romanov going to stop being protected and step up. He should fight Povetkin next.