Most notably, hard-hitting WBO bantamweight champion Johnriel Casimero has been added to the Jermall Charlo-Sergiy Derevyanchenko portion of the show, which will start at 7 p.m. ET/4 p.m. from a site to be determined.

Casimero’s opponent hadn’t been secured as of Saturday night. The Filipino power puncher was supposed to battle Japanese superstar Naoya Inoue (19-0, 16 KOs) in a 118-pound title unification fight April 25 in Las Vegas, but that ESPN telecast was canceled due to the COVID-19 pandemic. 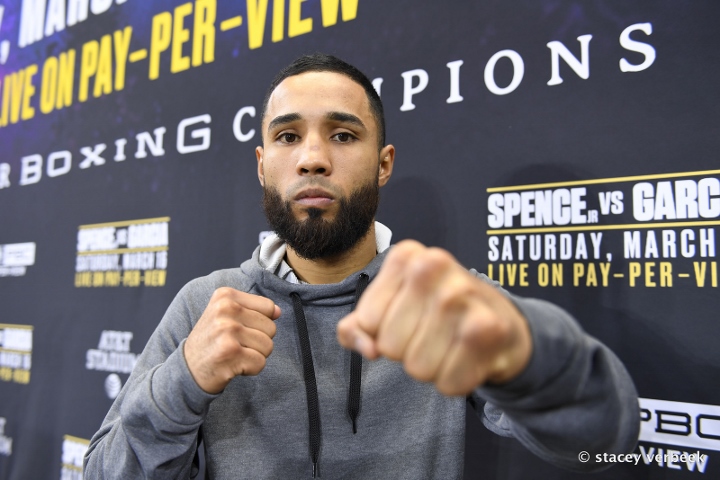 A junior featherweight fight between former IBF/WBA 122-pound champion Daniel Roman and Juan Carlos Payano also was announced Saturday night as part of the September 26 undercard. Roman was already committed to this card, but he needed an opponent.

The Dominican Republic’s Payano hasn’t fought since former WBC bantamweight champ Luis Nery knocked him out in the ninth round of their fight nearly 13 months ago in Las Vegas.

Mexico’s Nery will meet countryman Aaron Alameda in a 12-round fight for the vacant WBC 122-pound title on the Jermell Charlo-Rosario portion of the September 26 show. The WBC approved at its virtual convention Thursday for Nery and Alameda to fight for the WBC super featherweight belt because Rey Vargas is injured and has been relegated to champion in recess.

The Nery-Alameda match will be part of the Jermell Charlo-Rosario undercard at the same site as the Jermall Charlo-Derevyanchenko portion of the show.

Two undercard bouts previously announced as part of the September 26 show will be moved to Showtime/PBC undercards on undetermined dates later this year.

Below is the breakdown of the two three-fight segments of the Showtime Pay-Per-View card September 26.

Only missing Inoue. At least Roman gets a deserved crack back at a title. Especially after the robbery he suffered from another one of those gift getting Uzbeks. After last night it's amazing the new tactics in boxing can be…

Showtime at it is best